How To Install Windows XP, Linux On iPhone Or iPad [Video Tutorial]

Here’s how you can install Windows XP or Linux on your iPhone or iPad. Complete details and video tutorial can be found here.

The opportunity to do this is pretty much a gold mine for many enthusiasts, and they have YouTuber Jules Gerard to thank for all his efforts. I say efforts, because the guy had earlier released a similar tutorial for installing Windows 95 /98 on an iPhone or iPad. Shortly before that, Gerard had also released a video showing a rather small and compressed version of the Linux OS booting up on the iPad. 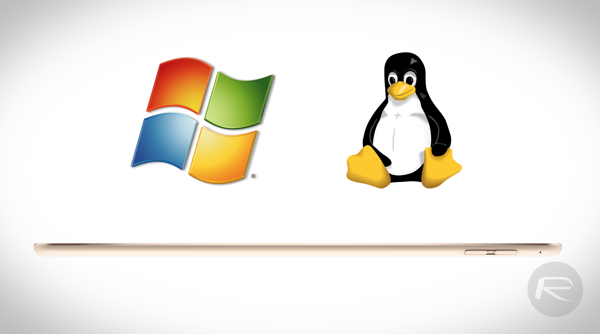 Utilizing the BOCHS tool available from Gerard’s own Cydia repository and iFunbox on the PC, users will be able to install Windows XP or Linux in a matter of no time on the iPhone or iPad, and unlike before, won’t have to tinker around in unchartered territory. The entire setup process will walk you through it, but in case you get confused anywhere, the tutorial video will be able to help you out.

While the opportunity to try out both the OSes on the iPhone or iPad is indeed an exciting prospect, judging by all three of the videos by Gerard for installing Windows 95 / 98, Windows XP, and Linux OS, the end result is hardly one that can be called productive. Kudos to Gerard for his effort, and obviously he must be facing some limitations as far as the hack is concerned, hence the sluggish UI and performance. BOCHS is a 32-bit emulator for iOS and given that Windows XP and Linux are being emulated in real-time, the results are actually not surprising at all.

As mentioned earlier, this opportunity is exclusive to users with jailbroken iPhones or iPads. And jailbreaking is currently limited till iOS 8.1.2, so if you’re running anything higher, you will have to cross your fingers and hope for a quick-fire solution from TaiG or others.

How To Install Windows XP On iPhone, iPad

How To Install Linux On iPhone, iPad

If you’re looking to install Windows 95 / 98 on your iPhone or iPad instead, then follow the video tutorial linked below: