How To Install iPhoto App For iOS On iPad 1 [VIDEO]

With the public release of the the new iPad drawing ever closer, the gadget and Apple loving population are rightly becoming more excited as the days countdown until they can get their hands on the brand new tablet. Email inboxes around the globe are also starting to receive notifications that Apple have already sent their new shiny iPad out for shipping, prompting speculation that in some case it may even arrive before the March 16th official release date. I received my email this morning saying my two new iPads had been shipped, so fingers crossed that they get here promptly. While consumers have been forced to nine days after the media event to get their hands on the announced new hardware, most of the software and applications which Apple announced were made available straight after the event. The updated iOS 5.1 started to make itself available for compatible devices almost immediately, with Apple’s chargeable App Store applications being pushed to the store pretty much right away. The iWork suite of apps which include Pages, Numbers and the popular Keynote have all received updates with the addition of a few features as well as an improved user interface for Retina iPad compatibility.

The extremely successful mobile GarageBand app has also received a notable upgrade as well as mobile movie editing package, iMovie. All these apps have benefited from an improved feature set, plus the required Retina graphics for the imminent launch of the new iPad. As if that wasn’t enough, Apple also introduced the immediate release of a mobile iPhoto app for iOS, built from the ground up to harness the power of the latest generation devices. iPhoto is a very popular Mac application that ships with OS X, so the introduction of a mobile version was sure to be a smash hit with consumers, the only problem being that it has a hardware requirement built in, meaning it is only officially compatible with the new iPad and the iPad 2.

Obviously there are a bunch of users who choose not to, or aren’t in a position to upgrade their hardware every twelve months, and considering the original iPad is still an extremely accomplished device, those owners are feeling a little hard done to. However, as is usually the way in these circumstances, a way has been found for owners of the original iPad to install the iPhoto for iPad application onto their first generation hardware. 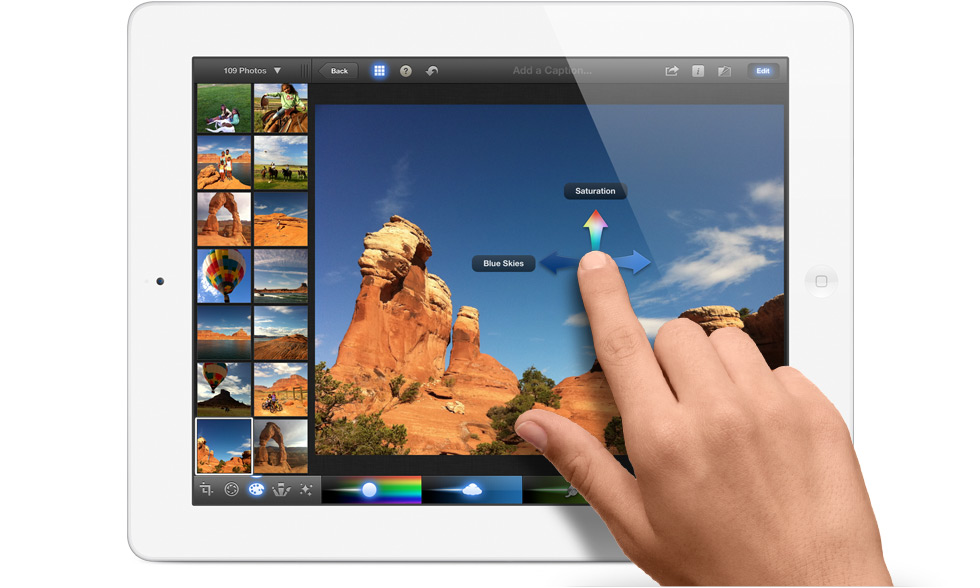 The process is pretty painless and requires the download of the iPhoto app via the iTunes application on a computer, as well as the download of Apple’s iPhone Configuration Tool Utility which is available for both Windows and Mac. The next stages require the iPad to be connected to the computer and synced with iTunes as normal, launching the iPhone configuration tool when it is complete and using the tool to navigate to the ‘Applications‘ tab which can be found on the left-hand side of the app. The user then needs to click ‘Add’ at the top of the current window and locate the previously download iPhoto app which should be located under ‘Music/iTunes/Mobile Applications‘ for Mac OS X users. 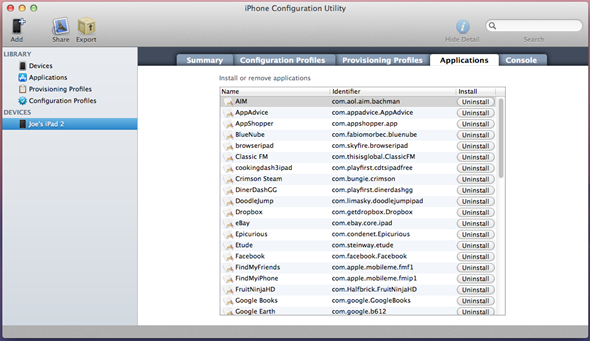 When the iPhoto app have been located, it is then a case of clicking the name of the connected iPad in the left-hand panel and then selecting to view the ‘Applications‘ section. The rest of the process is pretty self explanatory and simply requires finding the iPhoto application in this list and clicking ‘install’ which will add it to the installed applications on the first generation iPad, bypassing the requirements without requiring a jailbreak. It seems like a strange move from Apple to not allow iPhoto to run officially on the original iPad, considering the experience seems to be extremely smooth and trouble free. The only issue comes when attempting to sync the iPad with iTunes, which will present a generated error message advising that the iPad isn’t authorized to use the iPhoto app.

The least problematic way to gain the best out of iPhoto is obviously to use it with a compatible iPad 2, or the beautiful new iPad when it eventually lands on our door mats, but until then this is a handy method to bypass those restrictions.