The folks from SamMobile sure are fast! Just a few days after releasing a leaked version of Android 4.0.3 ICS for Galaxy S II, they’ve come up with a leaked version of a Value Pack for the Ice Cream Sandwich-deprived Galaxy S (which Samsung, by the way, doesn’t even intend to release), and we’ve got a step-by-step guide ready after the jump on how to install / flash this leaked ROM to your Galaxy S GT-i9000! 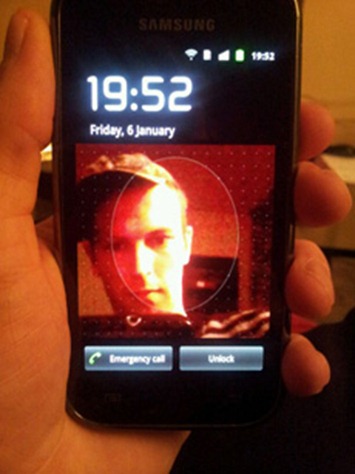 News of the leaked ROM comes straight from its source SamMobile – a blog dedicated to covering Samsung’s mobile products and the technology that powers them – in the form of a short post in which they discuss the features of the ROM they’ve leaked and share its download link.

According to SamMobile, the firmware is based on Android 2.3.6 Gingerbread but add a feature from Android 4 Ice Cream Sandwich along with performance improvements:

Before you flash, please understand that this is a leaked ROM which isn’t widely tested. It isn’t suitable for daily use and we actually suggest staying away from it unless you know what you’re doing and know how to bring your phone back to life in case something wrong happens.

Step 2: Extract the ROM from the 2nd file. Place its contents on the desktop; you will need these files in a later step.

Step 3: If you have Samsung’s KIES software open, shut it down. Then, launch ODIN.

Step 4: Turn off your Galaxy S. Press and hold Volume Down + Home + Power buttons to boot into Download Mode.

Step 5: Connect your Galaxy S with your PC using a USB cable. ODIN will detect it.

Step 9: Click on START in ODIN. This will flash the leaked firmware on your device.

If you followed the steps correctly, your Samsung Galaxy S will reboot into a leaked, official build XXJVU of Android 2.3.6 Gingerbread “Value Pack”.

For queries, check out this thread over on XDA-Developers.