Take Control Of Your iOS Messages With Messages+ For iPhone

As much as I love iOS and the devices that it runs on, as a user I have always felt there has been certain aspects of the operating system and the native application experience which are fundamentally broken. In previous articles I have discussed my love of the Photos applications that comes preinstalled on iOS, and the problems that it comes with. Well now it is the turn of the native Messages application to get the same treatment.

As you are probably aware, when you take your shiny new iDevice out of its box and power it up, it comes with a preinstalled version of iOS. That version is generally the most recent iteration of the software at the time of shipping. iOS has a default set of applications which are bundled onto the device with the most notable being Messages, Photos, YouTube, Settings and the App Store application. As mentioned above, it is the Messages application that I wish to focus on, as this has been a problematic app for me over the years as I believe it lacks certain features.

The Messaging application on an iPhone is pretty self explanatory, and is elegant in its simplicity. Upon opening it, you are presented with a UITableView containing any text conversations you may have going on, along with an edit and a compose option, which is as complicated as it gets. When selecting a conversation, a new view is presented featuring all of the incoming and outgoing messages as part of that particular conversation. You will notice that the navigation bar buttons change to reflect the new view, now presenting the user with an edit button on the right hand side and an option which takes you back to the messages list on the left. My problem doesn’t relate to the presentation of data, but more to the options given to the user on how to deal with, compose and reply to text messages.

As a stock iOS user you basically have one option if you want to compose or reply to a message – stop what you are doing and enter into the messages application. In earlier versions of iOS the experience was nothing short of terrible due to the big alert view which took of your display if an incoming text was received. It provided a terrible user experience, solely because it meant you had to leave what you were doing to reply, or even if you wanted to dismiss the alert, by that time your experience had already been compromised. iOS 5 made some small baby steps to improve the messaging application by introducing a new notification system which produces unobtrusive banners along the top of the display, which could either be acted upon or simply left to dismiss themselves. Whilst this does prove to be an elegant way of handling incoming messages, it still didn’t add any real functionality to the messages app to make it the powerhouse it deserves to be. Considering an estimated 7 TRILLION messages are sent per day across the world, surely a texting application should be all it can be.

iOS software development company Intelliborn seem to agree with my opinion, and have put a large amount of work into developing the Messages+ application which lives within the Cydia store for jailbroken devices. The developers at Intelliborn are certainly not backwards in going forwards and have proclaimed Messages+ as the "Best SMS Compose and Reply App". For those in the know around the jailbreaking scene, Message+ is a rebranded, and updated version of the app known as Tlert which has been available through Cydia for some time. After being heavily updated and modified to feature total iOS 5 support, Messages+ is ready for the prime time with iMessage compatibility. The application aims to drastically enhance and improve the native messaging experience and benefits from the following features: 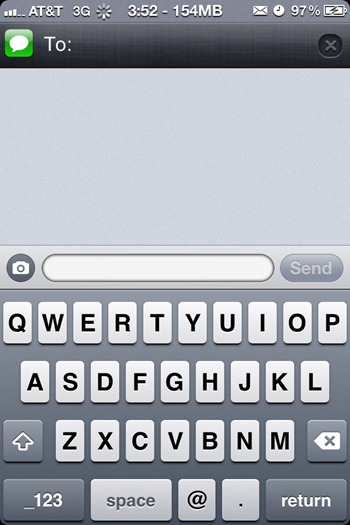 As you can see from the list of features, Messages+ greatly improves the rather soggy messaging experience on an iDevice by using what they call ViewThrough patent pending technology which provides users with information relating to new events and information. So what does all this messaging goodness cost? As is usually the way with premium Cydia purchases, Messages+ has a price tag of $7.99 but also comes with a free trial period to allow new users to try before they buy. The good news is, that if you are an existing license holder of Tlert, Messages+ is treated as an upgrade and will be available to you free of charge. 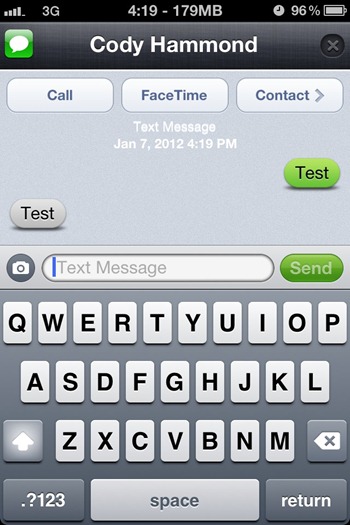 (Thank to @intecpsp on Twitter for sending in the screenshots!)