How To Hide SMS And Call Records From Stock Android Apps

For a vast majority of internet users that interact socially on the web, protecting their privacy is one of the biggest concerns, particularly because of the growing influence of social media in our real lives. This becomes an even more serious matter for users of smartphones, for other than being mobile communicators for us, they also have a physical presence that can become compromised.

Allow me to explain with a few examples. With online accounts, you’re protected behind a password and multiple security checks, depending of the service that you’re using. With phones, however, that’s not the case. First, you may put some measure of protection in the form of a PIN code, pattern unlock or any other method that your device offers, but since you’ll find yourself using your smartphone for much more than just online presence, that’s a major annoyance. Then, whether you do it or not, once unlocked, your device has access to all your online activities by default; there will hardly ever be a scenario where the official Facebook app for Android, for instance, will ask you for a password once you’ve logged in initially, leaving you utterly compromised.

There’s more to the scenario above than just online accounts on your smartphone – something more primitive to phones, like contacts, call logs and SMS messages. You may not have any social media accounts synced with your phone, but you’re bound to have text messages that you’d want to keep away from privy eyes, or call records that you don’t want others to discover. Speaking of Android, there are, of course, alternative dialer and messaging apps that available that will let you protect this data, but that’s not really always the ideal solution (I, for one, don’t prefer a lot of third-party apps in this domain). This concept is addressed by Shady Contacts for Android. 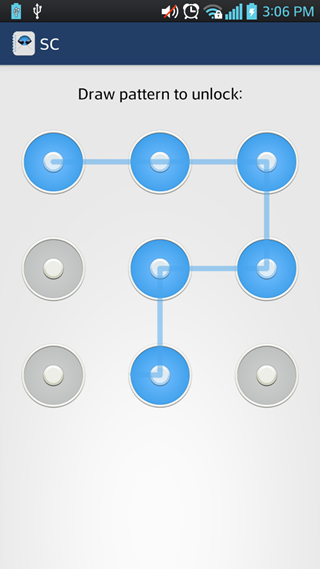 The app comes with a tagline of “protect your secret conversations”, and that’s pretty much what it does. Shady Contacts would import your contacts within the app, and then hide messages and calls from those from stock Android apps, keeping them safe within its own vaults. Shady Contacts itself can be protected using a pattern or PIN code, and can even be hidden completely from the app drawer, making it impossible for anyone except yourself to view those hidden records. Say bye to all your annoying, snooping friends and family members! 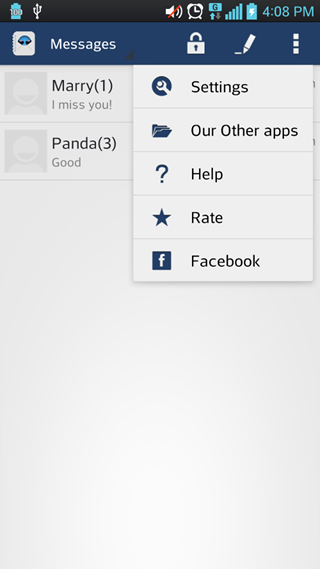 The app is Holo-themed, so it’s a beauty to look at, and the interface is quite polished. The purpose that it serves is very straightforward and to-the-point, and Shady Contacts does a good job at delivering what it promises. Since the app gains control of certain contacts that you wish to hide from plain view, it does require some permissions, but there’s nothing unexplainable there either. You can always restore conversation and call records hidden through Shady Contacts back to the stock apps, too. 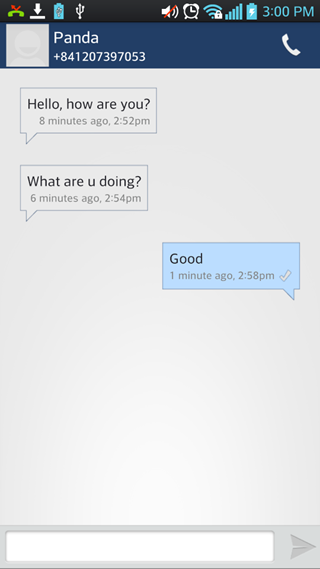 Shady Contacts is available for free over at the Play Store, and will work with all device running Android 2.1 and above.