How To Get Weather Updates In iOS 7 Status Bar

The recently released StatusWeather tweak for jailbroken iPhones and iPod touches is the definition of simplicity. There are times when an in-depth, complicated package is required to provided intricate functionality to jailbroken users. There are also times when keeping it simple is definitely the best approach. StatusWeather definitely falls under the latter category and exists to capture the current weather details and make them visible at all times by placing them in the status bar.

The package has been designed in the simplest manner possible by being set up to pull the current environmental information directly from the native Weather app on the device. Obtaining the information in this manner not only provides a certain element of future-proofing for the tweak, but will also mean that the extension will appeal to those individuals who are looking for a quicker method of visualizing the current temperate without needing to invoke the app. 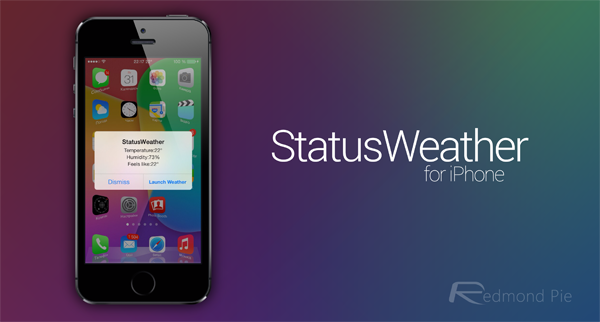 In addition to putting the current temperature in the status bar, StatusWeather also has a couple of other party tricks up its sleeves. Options within the dedicated settings panel allow the user to switch between Celsius and Fahrenheit with minimal fuss. Installation of the package also provides a touch recognizer over the center of the status bar. Invoking this gesture will provide a very familiar looking alert view that provides additional granularity on the weather conditions, including the temperature, humidity and the current "feels like" temperature. 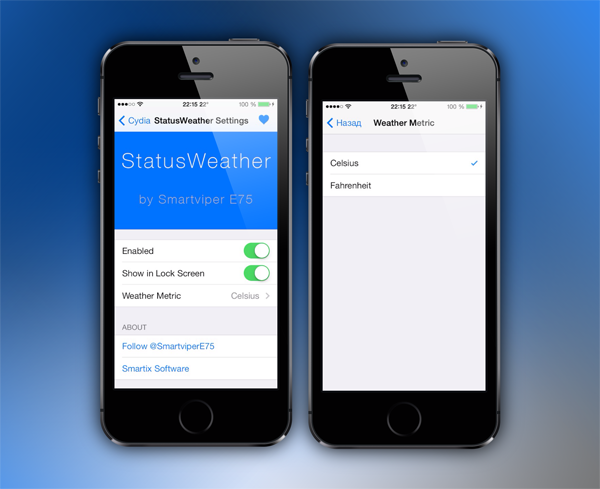 Selecting the "Launch Weather" option in the user-facing alert will immediately invoke the native Weather app, providing all of the features that we have come to know and love. StatusWeather may not catapult itself to the top of the most-loved tweaks chart based on its functionality, but it’s a great example of something that exists to perform a single task. In that sense, it could be described as the perfect tweak as it executes its advertised features flawlessly.

StatusWeather is available as a free-of-charge download from the BigBoss repository. The package requires a jailbroken iPhone or iPod touch but unfortunately is not compatible with the iPad due to the lack of a first-party Weather app.

Alternatively, you can use LiveWeatherIcon, if you want to get weather updates right on your home screen on the native Weather app’s icon, instead of the status bar.