Apple’s Weather app icon. It’s never been something that users of the iPhone or iPod touch have been keen on. In fact, its inability to change its appearance as the weather changes outside the window has often been the subject of much ire and consternation amongst those of us that spend far too much time worrying about icons.

One new tweak that has just popped up on our radar goes by the name of LiveWeatherIcon, and as that name will no doubt suggest to you, it’s a tweak for making the Weather app icon more… live. 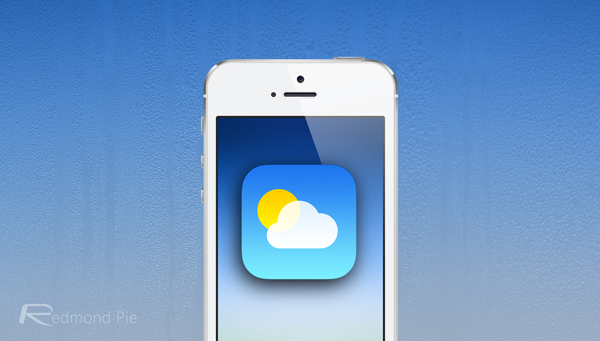 Priced at just a dollar and requiring iOS 7, LiveWeatherIcon takes the existing, boring and extremely static Weather icon and replaces it with one that reflects exactly what’s actually going on. If it’s raining, you’ll see an icon full of rain. If it’s thundering and lightning outside, then that’s what you’ll see in your icon. The current temperature is shown too, as is a description of what you should expect if you stick your head out of your front door. Not that you ever do of course. We’re all geeks here!

Support for hardware is rather generous with the iPhone 4s and above included, with the iPhone 4 and below chopped out of the reckoning presumably by a lack of processing power and free memory. A shame, but not entirely unexpected. 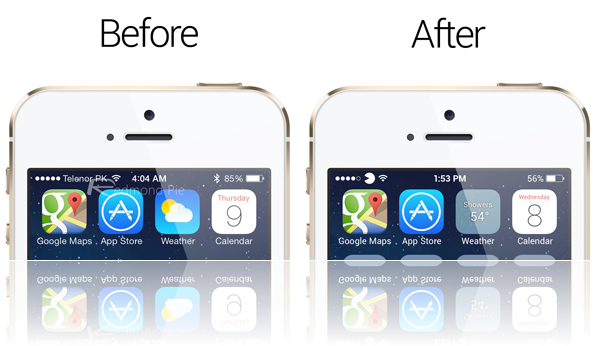 As far as tweaks that replace the existing Weather icon with one more befitting of a live operating system go, this is one of our favorites – at least on the face of it. Initial reports are good too, so if you want to be able to see what’s going on outside without looking out the window, or even launching a weather app on your phone, then LiveWeatherIcon has to be worth a dollar of anyone’s money. 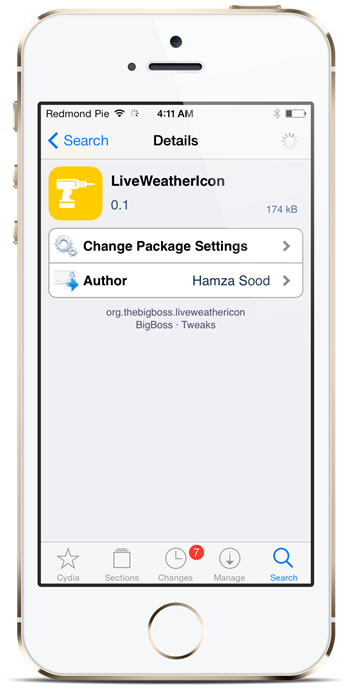 The tweak is available to download from the BigBoss repo in Cydia.