If you’re a frequenter of The Twitters, then you’ll almost certainly have encountered the new, revamped Twitter profile page. Some like it, some don’t, and if you’re subbed to the opinion of the former, then below, we’ll show you how you can switch to the new profile right now!

The new-look Twitter is very in-keeping with modern times. Lots of white space, minimalism, and even though more information is shown in one spot, it feels notably less busy and cluttered. We love the minimalist look here at Redmond Pie by rule, so you can already guess how we feel about the new Twitter profiles. 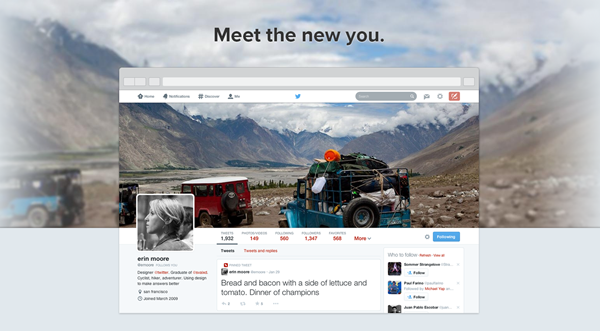 Of course, those who don’t like change might kick up a bit of a fuss, but hey, Twitter definitely needed a freshen up, and let’s face it, the new look is quite easy to get used to.

So, without further ado, here are the steps to get you up and running with the new profile. Please note, you will need to log in on your desktop for this particular trick to work.

Step 1: Point to your browser to about.twitter.com/products/new-profiles

Step 2: Scroll right down to the bottom of the page, where you’ll see a ‘Get it now’ option. It might be hard to see, but it’s there.

Step 3: Log in when prompted if you aren’t already and voilà! You’ll immediately notice your new Twitter profile.

If you aren’t much of a fan of the new profile, you’re going to be dragged kicking and screaming anyway, and unlike on Facebook, you can’t make a group to whine about the changes with the other rebels. Thus, you’re better off switching now, off your own accord, which not only gives you time to get used to it, but in a roundabout way, you get to make the transition on your own terms! 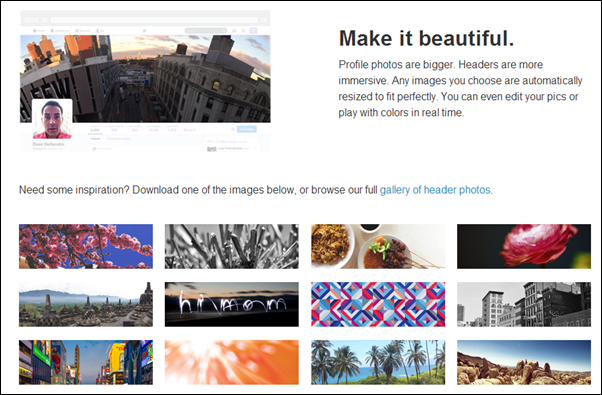 What do you think of the new-look profiles? Do you think it’s a great shift from what Twitter has offered in the past? Do be sure to share your thoughts via the usual channels!