Whichever way you look at it, Google Street View is a staggering example of modern technology and the world in which we live in. The Maps and Street View team at Google have accumulated photos and imagery of over six million miles’ worth of road around the world, all of which is pretty much immediately accessible online through mobile or desktop browsers and native apps. That level of achievement deserves to be applauded but it seems Google isn’t stopping there. In an effort to allow users to “time travel” the company is enhancing the Street View service by adding all of its archived footage to allow time lapse experiences at specific locations.

As part of the overall performance improvement the Google Maps Web service will afford users the ability to interact with a slider in order to view images of the same location captured at different times. As you might expect, Google has also gone to great lengths to try and ensure that varying images of the same location are aligned and matched together perfectly to provide a consistent visual experience for the end-user. Some locations throughout the Maps service will contain only one or two historical glimpses of the past, whereas other, more prominent locations benefit from images captured annually over the last eight years. 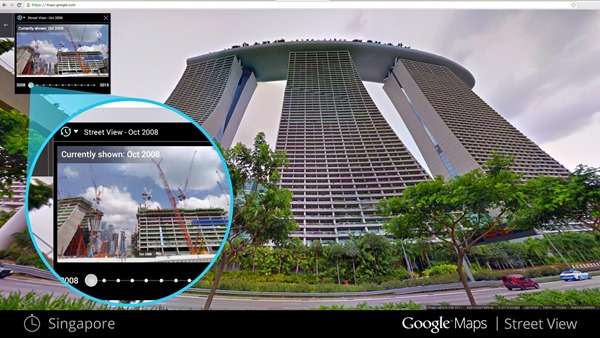 We all love Google Maps, but before we go get super excited it’s worth remembering that not even Google’s financial might allows them to provide actual real-world time travelling. This update to the Web service doesn’t mean that we can look at the state of our local area twenty years ago. Nor does it mean that we can venture in the most important memories of the past. Google has only been capturing this imagery and content for the last eight years but even that’s long enough to get a fairly decent glimpse of how some exciting building projects have progressed. 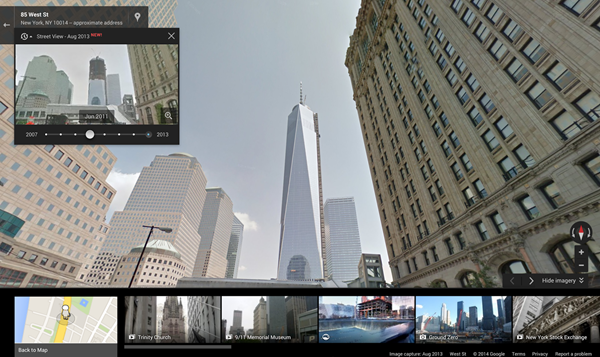 Luc Vincent, Google’s director of engineering, has previously described Google Maps as a “3D mirror of the world“, insisting now that his company has finally implemented time as the fourth-dimension. 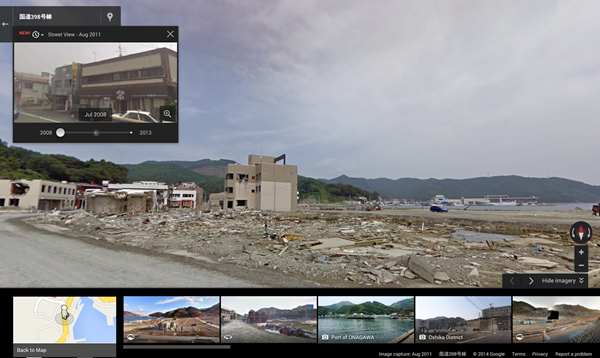 Lovers of the Maps service have been requesting the implementation of historical imagery for quite some time and it appears that the Californian company have listened.