Every time Samsung drops a new flagship smartphone, the company seems to go that extra mile in ensuring that it packs some dazzling new features to entice the consumer market once more. In the case of the latest and greatest Galaxy S4, the South Korean outfit introduced Air Gesture, a smart little implementation which allows certain features to be controlled using basic hand movements above the device. Now, thanks to the great minds over at XDA-Developers, this kind of thing can be performed on a number of devices. Air Swiper is the name, and although, at this early stage, it’s by no means without its flaws, it’s definitely worth giving a shot.

Of course, the Galaxy S4 isn’t the only device to take advantage of the mod cons available in today’s smartphones. Google and Motorola’s new joint effort – the Moto X smartphone – has also demonstrated compatibility, and if you’re intrigued by these developments but do not wish to pony up for a new smartphone, Air Swiper may well have you covered. 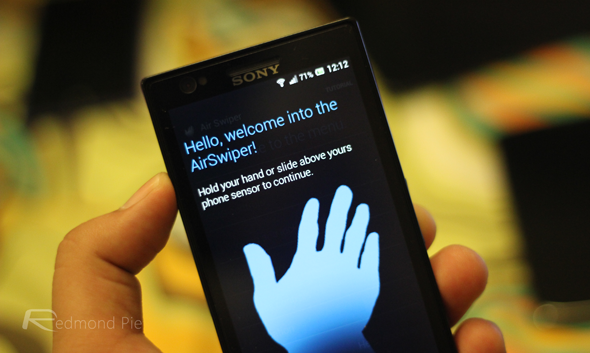 Compatible with Android 4.0 and above, Air Swiper takes advantage of your device’s proximity sensor to let you perform actions by hovering your hand, and although testing on a number of ROMs have yielded decidedly mixed results, I suspect the inquisitive minds of many of you Android users will no doubt prompt you to test whether your device is game.

Although many wouldn’t see the necessity of air gesture-based control, it’s especially handy for those situations where your digits are just too greasy, muddy, or otherwise dirty enough to prompt you to question whether you’d want your gleaming gadget to be tarnished with grime. 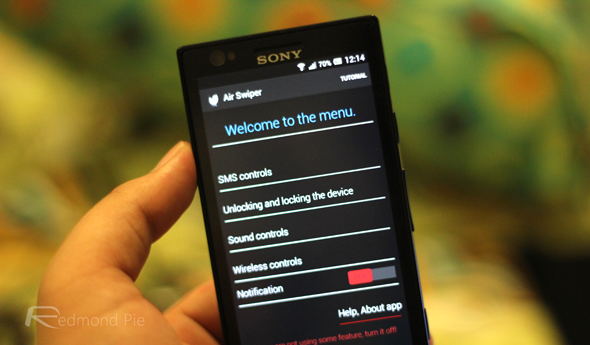 With Air Swiper, gestures are currently rather limited, offering basic abilities like unlocking and locking, switching between silent and loud modes, opening up your messages and such, but with further development, we can see this one being very promising indeed.

If you’re interested, you can check out the full details on the official thread over on XDA, and the Google Play link for Air Swiper can be found below.

(Download: Air Swiper for Android on the Play Store)