One of the benefits that is often associated with the Android platform is that users have the option of interacting with a number of different native and third-party widgets directly on the device. Widgets are clearly a fantastic and much loved feature on Android powered devices, but they are designed for a very specific purpose, and it sometimes feels that they aren’t really used to their full potential. The Widgets Everywhere package is one developer’s attempt at putting widgets back to their rightful place, by not only making them useful once again, but also easily accessible from anywhere in the OS.

Rather than having to exit out of the running app in order to get access to a set of widgets, it would make perfect sense to be able to call up some kind of widget populated overlay. We’ve seen a number of Android based offerings in the past – such as Overlays – that allow this type of functionality, but the Widgets Everywhere idea is definitely one of the best. The creation takes a very familiar approach to what we have seen in the past, but this time incorporates a number of existing libraries that allows users to immediately bring a set of floating widgets over the top of any running app on the device.

The integration with the respected libraries means that Widgets Everywhere can go a few steps further than competitor’s software. Users have the ability to move and resize the selected widget to fit their needs, all through the use of very familiar and easy-to-use pinch-to-zoom type gestures. Additional functionality includes the ability to activate multiple widgets at once and have them placed in varying positions on the screen. As you might expect, it is also very easy to  delete a widget from the overlay directly from within the app’s main interface.

The software itself is still in a beta deployment stage, but already manages to hold its own amongst other apps that offer the same type of functionality. The ability to have multiple widgets activated at once as well as move and resize those widgets is sure to get hoards of Android users on board. 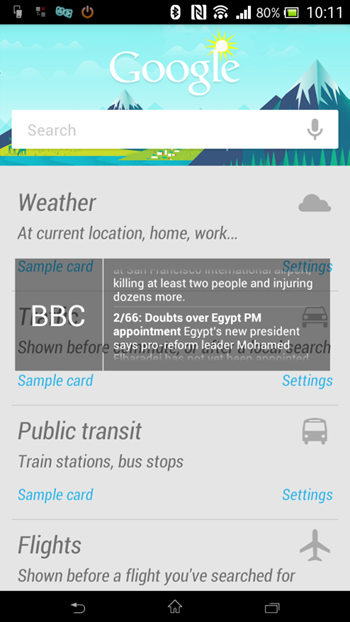 Check out the original Widgets Everywhere thread over at the XDA Forums for more information and the APK download.