How To Get Apple Watch UI On Your iPhone

Just a while back, we highlighted a neat little clip which presented an Apple Watch-like UI running on the iOS home screen. It was definitely among the cooler mods we’d seen since the introduction of the jailbreak only last week, and now, the whole thing is available as a free jailbreak tweak for all to download.

The newly-released tweak is called Apple Watch SpringBoard, and once installed, turns your icons into a circular ensemble that you can pan and zoom as you would on the upcoming wearable from Apple. 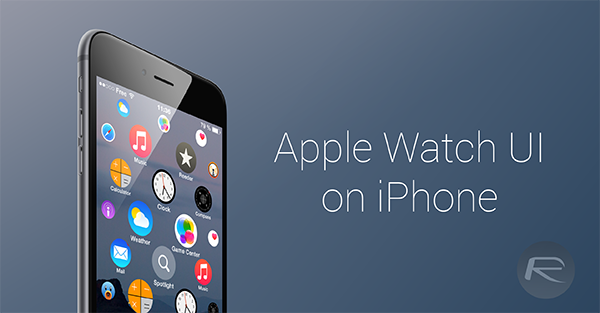 The Mac maker gave us more than a glimpse of the Apple Watch UX back in September at the iPhone 6 event, but naturally, we’re still very much intrigued by how everything will eventually piece together, and given that we can’t yet try Apple Watch for ourselves, this little marvel is perhaps the next best thing.

The tweak is free of charge, which is always a bonus, although you will need to manually add the repository before you can avail Apple Watch SpringBoard.

To do this, launch Cydia, tap on Manage > Sources > Edit > Add (+) before tapping in the following URL:

Once that’s done, search the repository for the tweak, install, and after a reboot, you’ll be able to test out Apple Watch SpringBoard to your heart’s content.

Apple has been very vague with regards to the release of its wrist-worn gadget, only noting of its "early 2015" roll-out. This means that we could well be waiting another six months before we’re able to go out and purchase this product, and with the Cupertino company usually inclined to take its time in perfecting the finer details, don’t be too surprised if this turns out to be the case. 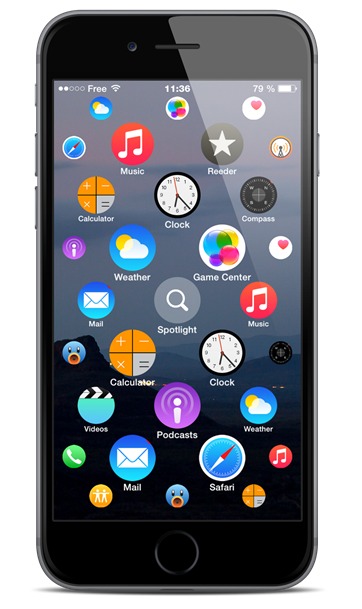 Still, for the time being, you can check out a close resemblance to the look and feel of the Apple Watch software by snapping up this tweak. And also, keep in mind, this is just a simulator of the actual thing, so it won’t be launching apps or anything when installed. In short, it’s just a novelty feature.

Oh, and if you do happen to give it a whirl, be sure, as ever, to leave your thoughts and comments below.