I’m not sure which is more annoying; the fact Apple has decided to allow the native iOS YouTube app to fester with little-to-no improvement since the initial iPhone launched all the way back in 2007, or that whenever a YouTube link is selected, one is forced – by default – to view the video in aforementioned app.

It’s one of those niggles which, although often frustrating, doesn’t quite warrant a Google Search in order to resolve. All the same, you can force YouTube links to open within your browser by following a few simple steps. The mobile web app is streets ahead of the rather grossly stock offering, so to enhance your YouTube experience, simply open up Settings > General > Restrictions to disable the YouTube app. Should you ever change your mind, simply follow those same steps to reinstate the YouTube icon to your home screen. 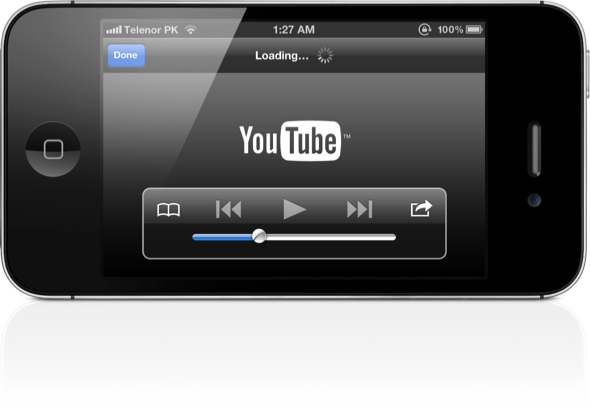 With a lot of talk regarding iOS 6 – set to be announced at Apple’s WWDC commencing on Monday – the YouTube app should certainly be subject to change, and if it does happen for instance, it’ll be a breakthrough in trends already set by Apple. With Tim Cook’s company set to ditch Google’s Maps app in place of its own, much more advanced offering, more emphasis is overtly being placed changing on those omnipresent apps we’ve all become accustomed to; and with so many decent YouTube offerings available to iPhone, iPad, and iPod touch users in both the App Store and the Cydia Store for jailbroken devices, now is certainly the time for a better YouTube app to surface.

Whether that will happen remains to be seen, but with so many other exciting features set to be unveiled at WWDC ’12 including Siri for iPad, a Siri API for developers and deep Facebook integration sans Twitter in iOS 5, it’s seemingly unlikely Apple has bothered to finally give the YouTube app the overhaul it so desperately needs.

Still, even if Apple doesn’t deem changes to the YouTube app to be altogether necessary at this particular point in time, the little-known trick shown above will certainly limit your interactions with the ghastly app, tiding you over until the changes do come; if indeed they ever do.

(via Macworld) (thanks, Amir for sending this in)