OS X 10.9.3 Mavericks is out already to public after several developer-only betas, but like most new pieces of software, some early adopters have encountered one or two issues along the way. Notably, there’s a problem with the ‘/Users’ folder being grayed-out or hidden inaccessibly, but while this little caveat has left some folks positively stumped, there is, thankfully, a quick, effective and permanent solution. Below, we’ll run through the remedial steps, so if you’ve run into this roadblock, join us after the fold.

The final release of OS X 10.9.3 didn’t offer anything too major, but with a few bug fixes, many flocked to download it. Unfortunately, though, it seems to have brought a slight problem of its own, but thankfully, a ten-second workaround is at hand. 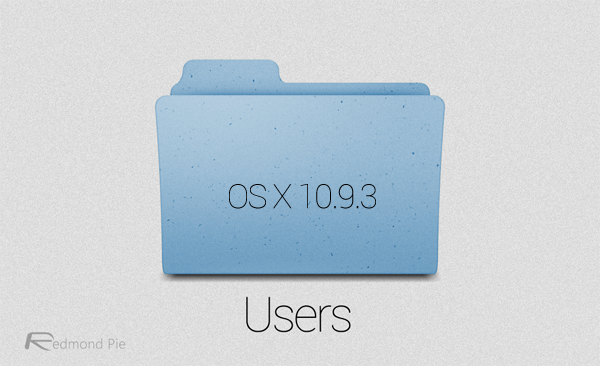 Please ensure you follow the steps below carefully, since we’ll be using the Terminal app and writing commands which, if meddled with inappropriately, could potentially throw up further issues.

Step 1: First and foremost, open the Terminal app, which you can locate simply by typing the name into the Spotlight Search.

Step 2: Next, you’ll need to type the following (gaps included):

Before you go any further, double-check that you have typed everything in correctly. 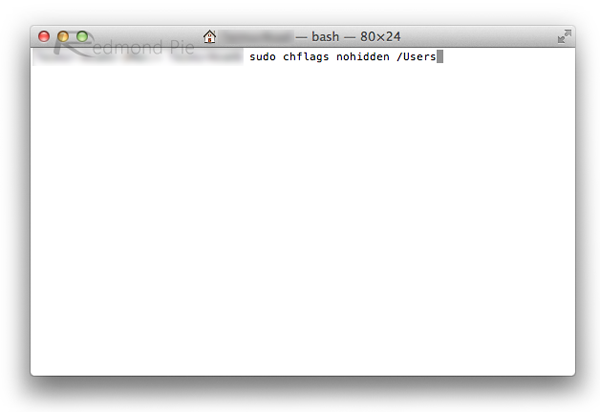 Step 3: Press Enter, after which you’ll be prompted to enter your admin password. Do so.

Step 4: Once you’ve typed your password, hit the Enter button once more, and thereafter, your /Users folder should be accessible once more.

It seems that this bug slipped into the final version rather than being a feature that Apple intended, and if OS X 10.9.3 has been erroneously rolled out with such an oversight, it’s likely that the Cupertino company will come through with an impromptu fix quite soon.

Then again, in preparing to announce OS X 10.10 for next month’s WWDC, it’s fair to say that Tim Cook’s software design team has enough on its plate, and given how easy it is to remedy the problem via Terminal, Apple may instead decide that it’s not critical enough an issue to warrant a subsequent update.

Should any info be disclosed either way, we’ll be sure to let you guys know, so stay tuned to our coverage here at Redmond Pie.