How To Enable Unlimited Chat Heads In Facebook 6.0 For iOS

Facebook’s Home launcher may only have catered to a small number of Android devices, but by ensuring Chat Heads, one of the marquee features of Home, made its way to the rest of the Android community via the Messenger app, the Menlo Park company made sure the remaining Droidsters got at least a taste of the new features. In what was seen as something of a surprise, this was then followed by an update to Facebook for iPhone, iPad and iPod touch, which saw a rather limited Chat Heads effort manifest itself on Apple’s iOS. As well as not being able to work across the system (a situation currently being looked into by one jailbreak developer), the limit to the number of Chat Heads at any one point renders the feature pretty restricted; but thanks once again to the great work of the jailbreak scene, you can now enjoy more of those little bubble Chat Heads at any one time.

Considering the initial media event to promote Facebook home was billed as Facebook’s "new home on Android," it was particularly surprising to see the social company even bother attempting to help those constrained by Apple’s walled garden. The result was Facebook 6.0 for iOS, and while Chat Heads was undoubtedly the most noteworthy feature of the update, it is a far cry from the experience offered on Android. 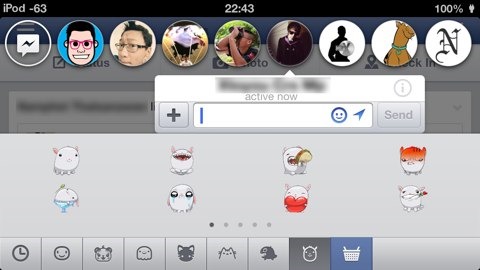 One of the most irritating issues with Chat Heads on iOS is the limit of chat bubbles allowed at any given time, but thanks to a little tweak called FB Unlimited Chat Heads, this problem is no more. Once installed, it will allow your Facebook app to fully utilize the width of your display when in landscape mode, thus maximizing the number of Chat Heads you can see across the interface.

It’s available from the BigBoss repository, and is absolutely free of charge. If the aforementioned jailbreak dev makes good on his tweak to bring system-wide support for Chat Heads on iOS, we could, in time, see a much more realistic representation of the feature the way Facebook meant it to be. 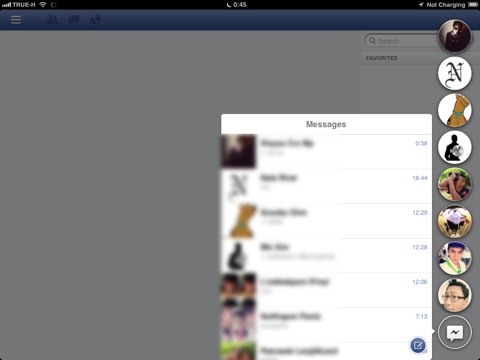 In the meantime, if you’re a jailbreaker as much as a Facebook user, you should definitely check out FB Unlimited Chat Heads over at the BigBoss repo.