How To Download Premium PC Games From EA For Free And Legally!

Thanks to services like Valve’s Steam and EA’s Origin, accessing new and exciting games is easier than it’s ever been. Not only do these online portals make everything just that tad bit more convenient and streamlined, but it’s also cheaper, and to offer even more value to customers, EA has kicked off a new monthly giveaway of popular titles. The free-game-a-month extravaganza commences with Dead Space, and if you’re interested, you’ll have to hurry since the deal will only run for the next couple of days.

As the saying goes, you get nothing for nothing, but in the case of the Origin monthly giveaway, it doesn’t look like there’s a catch hidden anywhere in the small-print. Sure, you have to sign up for an Origin account and install the software on your computer – but you already knew that – and once you’ve met these prerequisites, you can get your fill of the enthralling experience that is Dead Space. 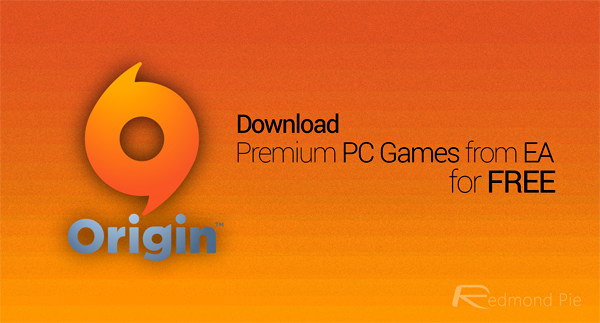 If you haven’t ever played Dead Space, it’s like a mash-up of several popular titles like BioShock, Halo, and Resident Evil. The survival horror is set, as you might have guessed, in space, and since the storyline is also fairly on-point, it definitely goes down as one of our favorite EA games series released to date. 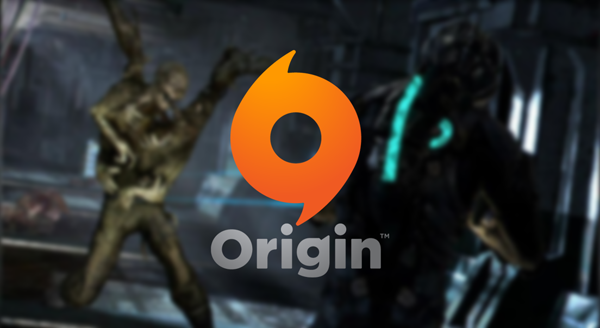 The “On The House” system is no doubt means by which EA can entice gamers into purchasing further titles available through the Origin app, but with a new title headed each month, it looks a pretty good deal from both sides of the fence. 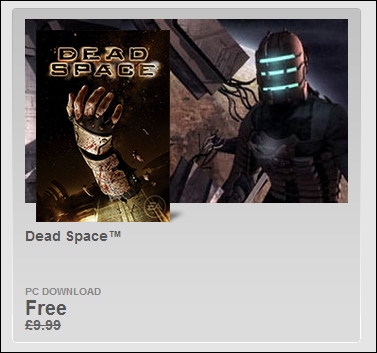 As aforementioned, you’ll need to sign up for an EA Origin account if you don’t already have one, and further, go ahead and install the accompanying software onto your Windows-powered PC. Signing up for an account doesn’t take that long either, the whole process is easy as pie.

The Dead Space freebie will run only until May 8th, so if you don’t want to miss out on a free download of Dead Space, be sure to act sooner rather than later.

You can grab your first first title by going here. 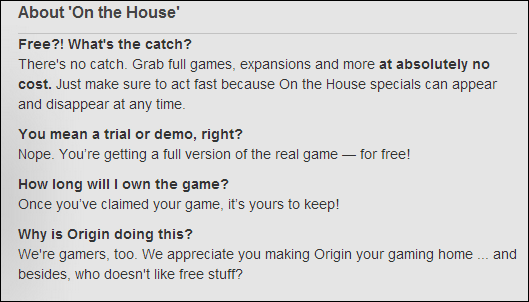 Has the lure of Dead Space got you heading right over to Origin, or are you going to wait in hope that something a tad bit more tempting is offered this time next month?