How To Fix Common Google Play Store Errors On Android

Error messages are the bane of most of our lives, and when it comes to mobile devices, they’re just as prevalent as they’ve been on our traditional desktop PCs for decades. But if you’re on Android and don’t feel like Googling specific Play Store error message numbers before trawling through countless forums for a solution, help is at hand thanks to a newly-published list of common errors and fixes.

Compiled by our friends at XDA-Developers, the list is both thorough and concise, running through some of the most frequently-seen popups beset upon Android users seeking to download new content from the Play Store app. 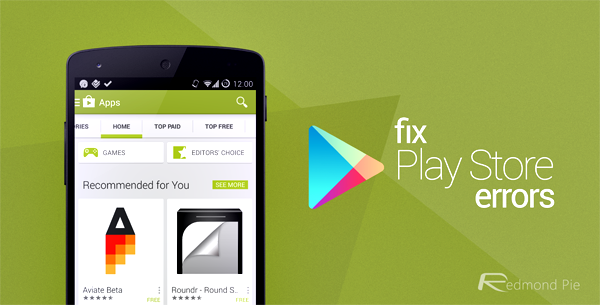 Some of the issues are fairly easily fixed, requiring only the signing out and signing back in of one’s Google account, but for more complex issues, the removal of specific apps or a full data wipe may prove the only way remedial step available.

During its first couple of years as the main competitor to iOS in mobile space, it’s fair to say that Android was more than a little rough around the edges. But despite the Big G’s mobile dev team having ironed out the general user experience into the smooth, refined offering of today, frequent error messages remain an unfortunate part and parcel of the deal, so should you ever get stuck with one, the list compiled by XDA should just about have you covered for the most part.

As you’ll notice, the vast majority of error messages pertain to the downloading and installation of apps. It’s not uncommon, for no real reason, for an app to simply not install, and while you may try one of several traditional troubleshooting tips on these occasions, having a specific, tried-and-tested strategy guide is always helpful.

If nothing else, the list of common error messages and their solutions mean that you won’t have to endure the tedium of repeating the incorrect steps over and over again, in the hope of a different outcome.

The full list of tips can be found in its entirety on the source link below, and having been updated very recently, is very much with the times. Check it out if you have any nagging problems with the Play Store app, and even if you don’t, it’s always useful to familiarize yourself with errors that might arise in the future.