As well as bringing forth some exciting new changes and features, including the likes of CarPlay and the enhancement of Siri in some markets, iOS 7.1 has also ironed out and refined a few gripes and snags of iOS 7.0.x. Having made some big changes with the seventh version of its mobile OS released back in September, there were always going to be a few issues to work on in the first major update, and with iOS 7 offering many of the UI elements a translucent finish, iOS 7.1 also allows you to reduce the transparency, or depth, of the interface to better suit your tastes.

These translucent effects haven’t gone so far as to induce nausea, dizziness, or the other unpleasantness that the parallax / animations have reportedly beset upon users, but with iOS 7.1 having vastly improved the Reduce Motion controls for those feeling sick when using iOS, there’s now also a fairly easy way to reduce transparency. Some find it to be distracting, while others just aren’t partial to the frosted look, but whatever your reasoning, below is a step-by-step guide on how to promote a more opaque aesthetic through iOS 7.1. 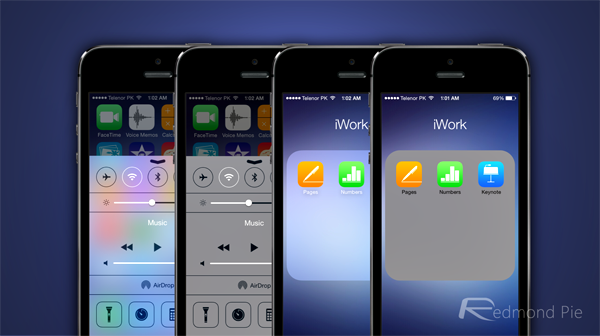 Step 1: It goes without saying that, since the new feature has been implemented with iOS 7.1, that you will need to update your iPhone or iPad’s firmware to the latest edition before you get started.

Step 2: On your device’s home screen, locate and tap on the Settings icon.

Step 3: Browse through General and then hit Accessibility.

Step 4: Next, you’ll need to hit Increase Contrast, before activating the option that reads Reduce Transparency. 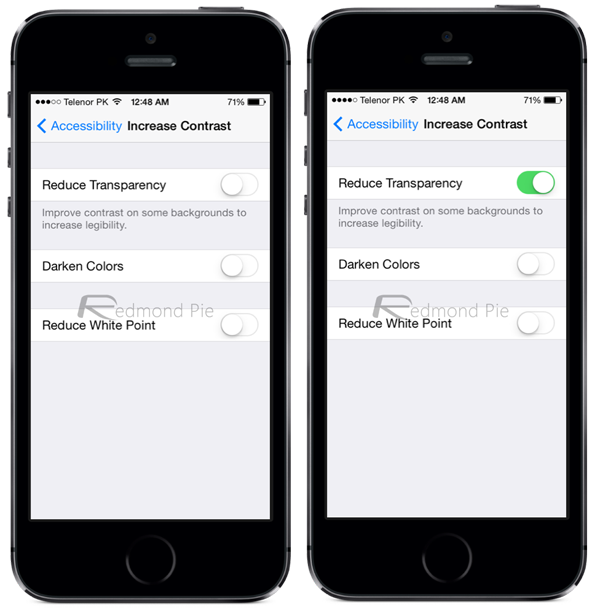 After you have followed the above steps, you should be able to enjoy enhanced visibility when navigating through the various keyboards and menus, and hey, if you preferred things the way they were, simply repeat the steps above before toggling the Reduce Transparency option off.

iOS 7.1 is, by no stretch of the imagination, a major update, but it’s great to see that Apple has addressed many of the small, common gripes with the OS in general.

We’re probably not going to see such a generous improvement to the overall usability of the mobile software now until iOS 8, but with reports indicating some significant changes in the pipeline, we cannot wait to see what’s in store.