How To Customize On-Screen Android Navigation Keys Function With Ease

Ever wanted to change the appearance of Android’s soft navigation keys without the need to flash a whole new ROM? If the answer’s ‘YES,’ then SoftKeyZ is for you. More details and the oh so important download link right after the break!

Rooting an Android device opens up all kinds of possibilities, especially if you’re willing to get your hands dirty by delving into the nitty gritty workings of the operating system. Flashing a new ROM, for example, will allow users to change just about every aspect of their smartphone experience, but it’s something of a nuclear option if all you want to do is a little light modification. We know we all love a tint of customization here and there, don’t deny it! 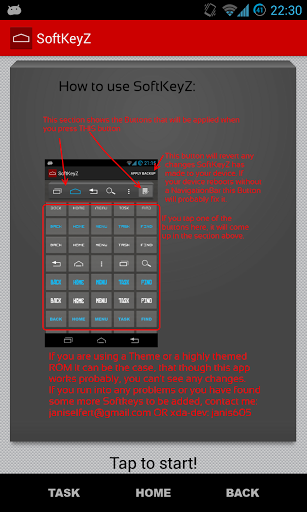 Assuming your Android powered device is indeed rooted though, there is a less destructive way to change the appearance of the Android soft keys, meaning that there’s no need to flash a new ROM if that’s all you’re trying to do. Using an app called SoftKeyZ, users can easily change the navigation buttons at the bottom of the screen in favor of all manner of different options. 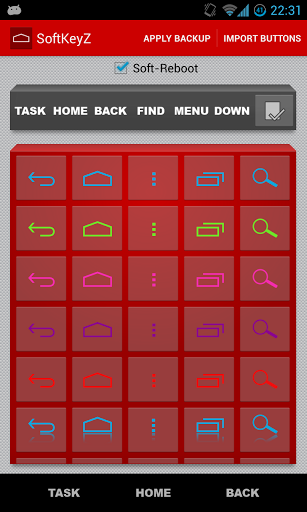 Available for less than two dollars on the Google Play Store, SoftKeyZ will need root access in order to work its magic, but that’s it. Once installed, it’s just a matter of choosing which buttons you want to use. There are the fancy HTC First buttons should they tickle your fancy, as well as simple text buttons for those that prefer a few less graphics on their screens. Everything is available in a variety of colors, too, so if you’re someone that likes to have everything follow a theme, then you’re in luck. 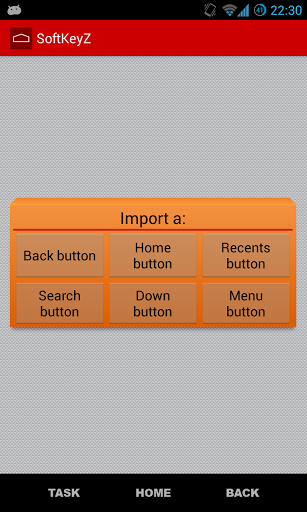 Of course, if it’s a system wide reworking of how things look and feel that you’re after, then it’s still going to take a whole new ROM in order to achieve what you’re looking for, but SoftKeyZ is certainly a start if you’re just setting out on the long and winding road that is Android customization.

(Source: SoftKeyZ for Android on the Play Store)