How A Jailbreak Tweak Helped A Man Recover Stolen iPhone 6

You may or may not be in favor of the idea of jailbreaking your iOS device, but irrespective of your personal position, it cannot be denied that the tweaks in Cydia push the boundaries far beyond what’s capable at stock level. Allowing a user to download torrents, change their default browser or adjust the theme are traits typical of the jailbreak scene, but while catching thieves isn’t a pastime we typically associate with jailbreaking, one quick-thinking victim managed to retrieve a lost handset using a tweak designed purely for this purpose.

Apps that allow users to find lost gadgets are more prevalent now than they’ve ever been, but despite this, unwanted activities such as theft continue to be rife. As one Redditor found out when his wife’s iPhone 6 was stolen from her jacket pocket, though, these services actually work, and in this instance, iCaughtU Pro just so happens to be a jailbreak-only utility.

When Reddit user G1ngerbeer and his wife discovered that the iPhone 6 was missing, he swiftly set about locating it using iCaughtU Pro, and not only did the service track the device to just a few miles away, but also, was emailed a picture of the thief as she’d tried in vain to enter a passcode.

Having flagged down a cop, to whom G1ngerbeer explained the situation, he and said police officer tracked the female individual down to a few blocks away. Despite protesting her innocence, suggesting that she’d found the handset rather than taken it from the unattended pocket of a jacket hung up at a church, she was arrested, and given the evidence offered by the tweak, is more likely to be found guilty than she perhaps might have been.

G1ngerbeer is clearly one of those folks who takes great care with his stuff. He and his wife’s devices also have the IfFound tweak, which displays certain contact info of an owner if a device is lost, and should the alleged suspect have actually found the device, she could easily have called G1ngerbeer and resolved he issue without incident. 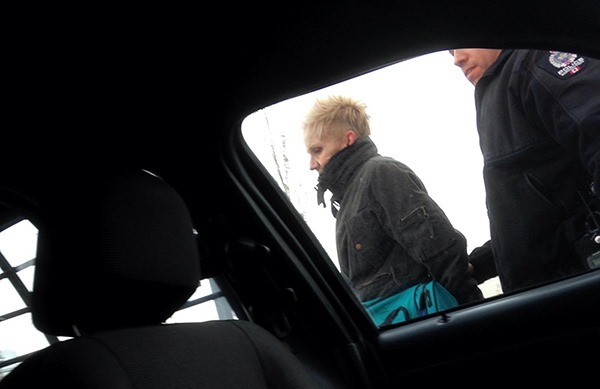 Of course, while these systems for tracking lost goods are useful, they do have their downsides; namely, facilitating vigilante justice. The victim in this scenario did exactly the right thing in contacting a police officer and getting the suspect arrested, but on a different day, in a different city, things could quite easily have gotten nasty.

Even if you’re jailbroken or not, we highly recommend that you at least put stock level security measures in place. And in the case of iOS, turn Find My iPhone on. You can do that by simply navigating to Settings > iCloud > Find My iPhone.