How Deleting Of Stock Apple Apps In iOS 10 Really Works

Apple did an extremely professional job of running through the ten most notable feature integrations in iOS 10 during the opening keynote of this year’s WWDC. The mentioned features are all great, don’t get us wrong here, but a lot of post-keynote excitement has stemmed from the discovery of certain features that weren’t covered on stage by Apple.

One of which is the ability to ‘delete’ stock Apple apps that come pre-installed on the devices, such as Mail, Maps, Music etc. We emphasize the word delete, because it turns out that removing an app from the device in iOS 10 doesn’t actually delete it. So what exactly is going on here?

The post-keynote hype contained a lot of iPhone and iPad users jumping onto social media after having grabbed the iOS 10 beta firmware to “confirm” that stock Apple apps could now be deleted from the devices running iOS 10. As it turns out, that’s partly true and partly untrue.

Apple’s Craig Federighi took part in a John Gruber hosted Talk Show Live session to talk about iOS 10, and confirmed that while it appears to the end-user that stock Apple apps are actually being removed, they are in actual fact still on the device. It’s just the physical icon and associated data that is removed. Great.

So, in iOS 10, users are able to remove a stock app’s icon from the Home screen of their device just like how they would when deleting third-party apps downloaded from the App Store – by long-pressing an icon and then hitting the cross button. The difference here in the stock app’s case is that only the app’s icon is being removed along with the user data associated with that app as well as any associated hooks that allowed the app to handle links or interact with Siri, but the app binary itself stays on the device. 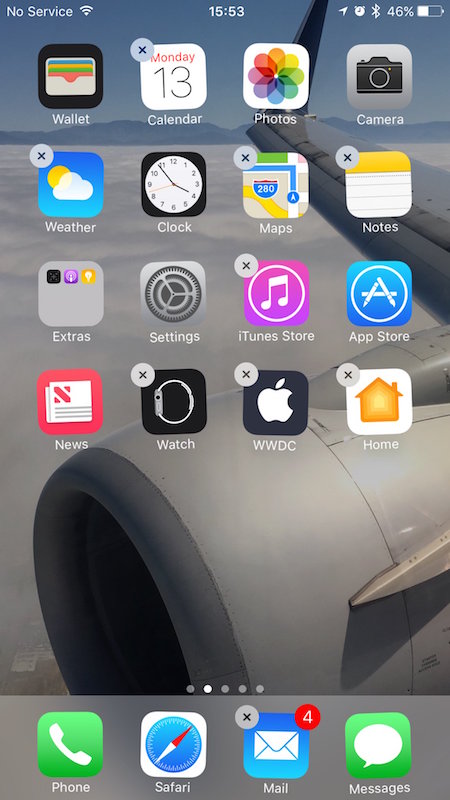 (Image: New In iOS 10: You Can Delete Stock Apple Apps, Download Them At Will From App Store)

The reason being it is that Apple’s code signing processes are designed to let a user’s device verify that a version of iOS is legitimate when installed. That code signing covers the built-in apps. If they were removed, with every device having a different combination of stock apps, the current code signing system would fall over and fail.

The interesting thing here is that Apple has managed to achieve everything it needs to from a code signing perspective, while still managing to give users a consistent experience across all apps, both first-party and third-party. Choosing to re-download the “deleted” app from the App Store will simply restore the app icon to the device and add back all of the previously removed hooks.

For a full list of stock apps that can be deleted, you can visit Apple’s Support Page on the subject. The page also provides additional insight into the importance of some of the stock apps and gives scenarios of system functionality that may not function anymore if these apps are removed.