When you’re presented with such a big redesign as iOS 7, there are bound to be a few hidden gems to be discovered. There are a few additions in the first beta of the latest version of iOS that Apple didn’t crow about at WWDC, but there are some features that were never meant to be found, too.

Take the latest news to come out of the iOS 7 circus for example.

According to reports very recently, some new menus have been discovered in iOS 7’s beta 1 release – menus that were never meant to be for public consumption. To illustrate that point, we’re told these menus take more than a little digging in order to reach. In fact, the process isn’t currently being shared by anyone. pinch of salt required perhaps? Maybe, but that’s continue regardless.

The menus discovered play host to some interesting features, at least one or two of which we wouldn’t mind getting our hands on ourselves.

For example, one of the hidden menus allows users to control how fast on-screen animations take place. Anyone using the iOS 7 beta will know that the transitions and animations currently take far too long to complete, leaving users waiting for them to complete before they can get on with their work. Hopefully Apple will change that in an upcoming beta and the news that there is a hidden testing setting for it gives us confidence things will improve. 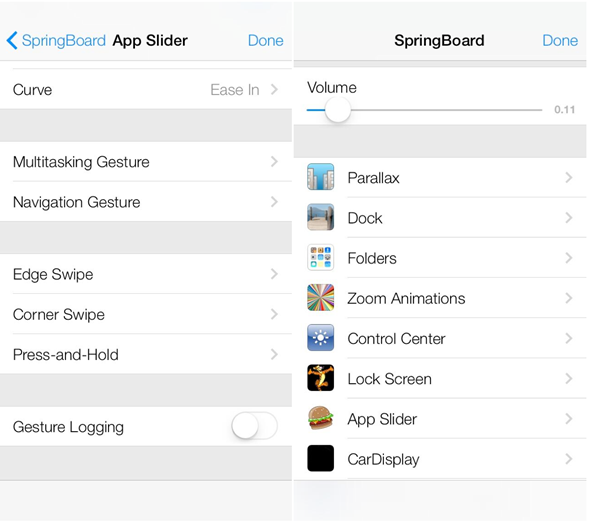 Perhaps more interesting to some though is the addition of some settings which control currently unavailable gestures. Sliding in from the corner of the screen is an option, apparently, as is a system-wide gesture that involves sliding in from the sides. The current iOS 7 beta features such a gesture in certain native apps, so a system-wide adaptation is entirely possible.

Fans of folders will also be pleased to know that Apple is apparently toying with the idea of allowing nested folders. Having a folder within another folder may seem overkill for some, but app hoarders would no doubt welcome the additional organizational prowess of such a feature.

These hidden menus are obviously in place for internal Apple testing, and just goes to reiterate the fact that iOS 7 is still very much in its infancy, something those running it on their iDevices should be well aware of when finding bugs and issues.