With the 30th anniversary of the Mac, everyone’s reminiscing about their history with the computer that arguably put Apple on the map. Thirty years after its announcement at an Apple shareholder meeting on January 24th 1984, the Mac has changed considerably, but Steve Jobs’ vision of a computer that is both easy to use and powerful enough to do proper work with lives on. The new Mac Pro may pack more power than most of us would know what to do with, but thanks to Mac OS X, you don’t need to be a computer scientist to use it.

While the Mac is universally given the birthdate of January 24th, it’s the first public outing of the machine that has gone under the radar for thirty years, with new video appearing courtesy of Time’s Harry McCracken that shows the big event in glorious Technicolor. 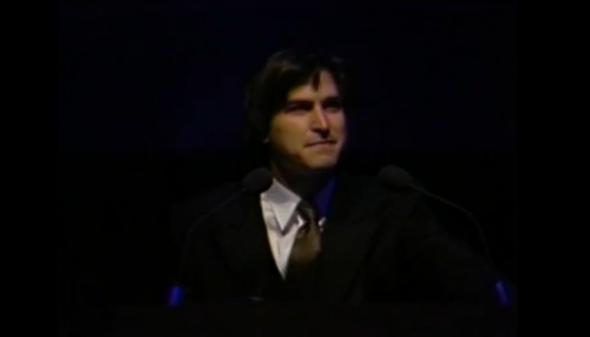 Taking place at the Boston Computer Society less than a week after that shareholder meeting, Jobs’ big show-and-tell was captured by no less than seven cameras that Apple provided. Thankfully the entire thing was filmed in better conditions than the videos we have previously seen, meaning that we can see everything take place as if we were there. That moment where Jobs pulls the Mac out of its carry bag will always be one of our favorites.

People who attended the shareholder meeting saw the more historic presentation — hey, it came first — but what they got was also, in effect, a rehearsal for the later Boston one, which came out more polished.

Having watched just the first half an hour of the full hour and half video, it’s clear that Jobs had begun to hone that polished delivery that made him such a compelling watch in his later years. The original iPhone was undoubtedly one of Apple’s most impressive product releases ever, and Jobs’ performance was equally compelling. It was in Boston in 1984 that Jobs began to shine though, and as a fan of the way the man presented, it’s heartwarming to see a fit-looking Steve Jobs speak so passionately about something he so clearly believed in.

The only downside? That suit!