It was one of the first games released along with the original Xbox, and Halo has remained one of the most popular franchises in the gaming industry ever since.

While the title has truly captured the imagination of the avid gamer, it hasn’t been able to shake off the seemingly omni-present rumor of a Halo movie at some point in time. You don’t have to be a detective to find clips made from Halo footage, such as the famous Red vs. Blue, which have been prevalent on sites such as YouTube for a number of years. 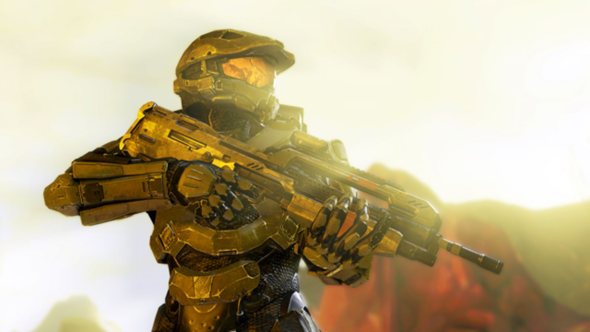 With the release of Halo 4 scheduled for November 6th, Microsoft looks set to create a live-action web series to be released prior to the launch. More than simply promotional material for the hotly-anticipated title, the project is said to represent the largest investment the Redmond-based software maker has placed in live action to date.

Details remain relatively scarce, and currently, there’s not even any info regarding the director or cast, and it’s being described as "unique from a narrative standpoint" and "big in scale" by Matt McCloskey, director of franchise business management at 343 Industries – the company acquiring the Halo franchise from Bungie. We do know, however, it will be called "Forward Unto Dawn," and will consist of 15-minute episodes released once per week over the course of five consecutive weeks.

Although Halo 3 broke entertainment industry launch records when it arrived some 5 years ago, Halo 4 will undoubtedly face stern competition from Activison’s Call Of Duty, whose next installment – rumored to be Black OPS II – will be dropping around the same time.

Meanwhile, Microsoft sees the accompanying Web series as a stepping stone for the franchise in terms of the greater entertainment industry – eventually leading towards the seeming inevitability of a feature film. Live-action isn’t a new idea, and plenty of Halo’s rivals are adopting the same idea in the promotion of gaming titles. Bethesda Softworks produced a live-action clip for Skyrim, while Ubisoft recently dropped "Ghost Recon: Future Soldier" to whet the appetite of gaming fans.

McCloskey was quick to point out that the web series isn’t designed purely to plug the game before it hits the stores, but to actually entertain, and given the track record of all thing associated with the Halo franchise, it’s sure to be yet another hit.