Halo Waypoint For iPhone And iPad Is A Must-Have App For All Halo: Reach Fans – Download Now 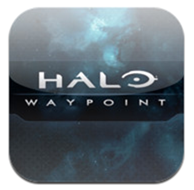 If you own an Xbox 360, you already know about Halo franchise and are probably a big fan of it as well. The latest iteration in the Halo series, which is Halo: Reach, turned out to be a huge success in gamers and enthusiasts alike, and is the biggest game in Microsoft’s history in terms of sales. But there was a small piece of puzzle missing from the whole deal; keeping track of your achievements and your multiplayer games while you’re away from your console was missing. Sure there is the Xbox LIVE Hub on Windows Phone for that, but what about iOS?

This is where this new app from Microsoft comes in. Its called Halo Waypoint, and if you’re asking for a personal opinion; I find no good reason to not have this app installed on your iPhone or iPad if you kill hours on your Xbox 360 playing Halo: Reach on Xbox LIVE.

With Halo Waypoint, you get an aerial view of all multiplayer and firefight maps, which update in real time, and show all the players the location of vehicles and weapons, right in the palm of your hands. 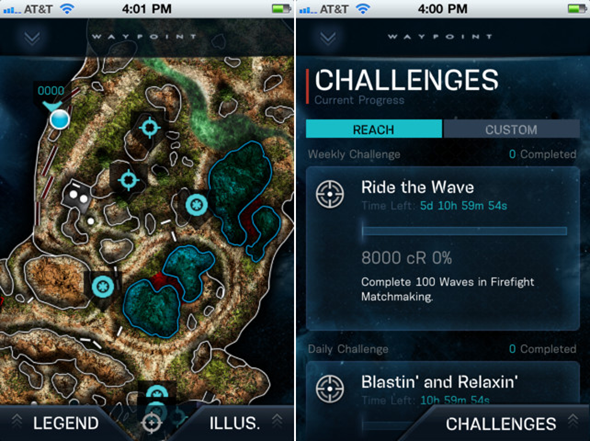 Waypoint features ATLAS, the official multiplayer companion for Halo: Reach. Check out overhead views of multiplayer and firefight maps, as well as beautifully illustrated versions from Brady Games. The maps show weapon and vehicle locations, and you can get near real-time position and score information for Multiplayer games, for you and your team.

With Halo Waypoint, you have direct access to your Waypoint Career progress, all of your Halo: Reach stats, including game history, campaign progress and stats by weapons and enemies. You can stay in contact with your Halo friends on Xbox LIVE no matter where you are.

The purpose of the app is pretty much straight forward, and we at Redmond Pie highly recommend that you take the app for a spin the next time you’re in a gruesome multiplayer showdown against some Covenant Aliens. The price you ask? Absolutely free. 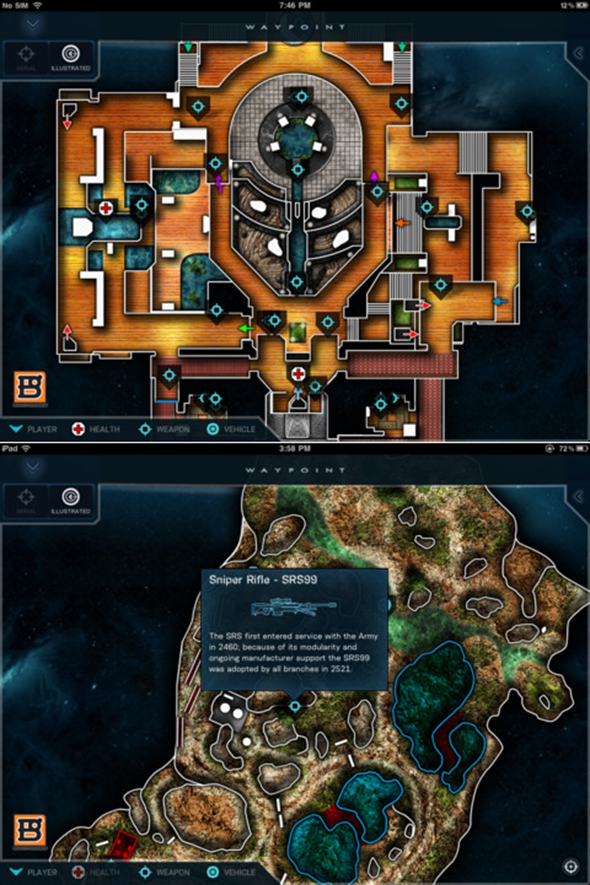 With all of your team members connected via Halo Waypoint for iPhone and iPad, coordination doesn’t get any more seamless than this. Its like you’re walking on the street with Halo sitting in your pocket, ok I agree that was a bit too emotional. Lets get to the downloading part!