Rockstar’s Grand Theft Auto 5 is certainly one of the most eagerly anticipated releases of the current generation of game consoles, and with time running out before the next round of consoles are released it’s unlikely we’ll see many more big releases hitting the Xbox 360 and PlayStation 3. It’s not long until the latest GTA game arrives on the scene, and because of that Sony has been allowing PS3 owners to pre-download the title to their consoles, ready for playing on day one. It’s something Steam has done for years, and the aim is to try and avoid the download servers going into meltdown on release day, and it usually works.

That sounds all very well and good, but things aren’t always as simple as that as the folks behind the game have found out after hackers managed to get a hold of a whole 42 hours of audio content from the game. Not content with that, they’ve leaked it all online for everyone else to consume, or listen to, depends on how you plan on looking at the situation. Sony has since pulled the game from the PlayStation Store until it goes live for real, so let’s just hope that everything doesn’t go into meltdown on launch day.

The 42 hours of audio content includes the game’s opening theme music as well as the title’s in-game radio stations. Thanks to the leak, we now know that Snoop Dogg, 2Pac, Elton John, Queen and Stevie Wonder amongst others are all included in the music lineup. That’s a pretty eclectic collection, and it’s just the start.

Sony is obviously feeling a little sorry for itself following the leak and said that they apologize “Rockstar and GTA fans across the world who were exposed to the spoiler content.”, and Rockstar seems less than impressed also, saying that the company is “deeply disappointed by leaks and spoilers being spread in advance of the game’s launch.” 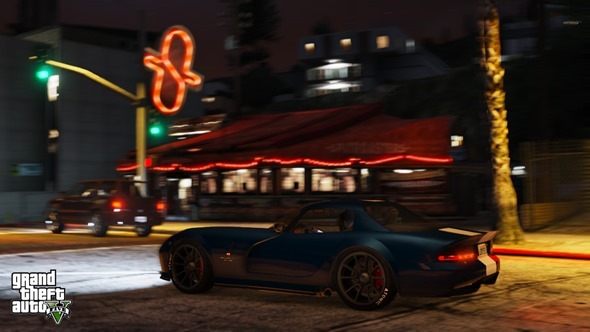 Grand Theft Auto 5 launches on the PS3 and Xbox 360 on September 17th, and is sure to be a strong seller across both consoles, as all previous titles have sold particularly well.

Rockstar will be hoping for no more surprises in the couple of weeks before the title is officially in gamers’ hands.

Until then, we’ll keep an eye out for you guys in case something interesting pops up for us to share with you guys.