Rockstar Games’ Grand Theft Auto 5 was by far and away the biggest gaming release last year, grossing well over one billion dollars in the first three days alone. Having arrived in September, though, it hit the market just before the arrival of the PlayStation 4 and Xbox One, and as such, even the sumptuous visuals that Rockstar spent years slaving over could do with upscaling. Thankfully, we know that a high-def, vastly improved edition will be hitting the two new consoles later on this year, along with a PC edition, and as per Amazon.de, we may now have the official date.

This year has seen quite a few rumors regarding these enhanced editions of GTA 5, and if we’d believed everything we’d heard hitherto in 2014, we’d have both the next-gen and PC versions by now. But given the delays we were presented with prior to the initial release for Xbox 360 and PS3, we should perhaps have foreseen the fact that we’d be waiting once more, and although Amazon-based information is always a bit hit-and-miss, Amazon.de has slipped that the acclaimed title will hit the end user on November 14th. 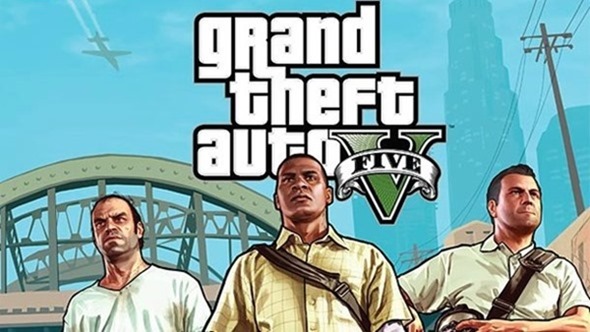 Even though we’re somewhat inclined to consider this information, we can’t be getting too carried away just yet. Aside from the fact that Rockstar likes to take its time – the original GTA 5 run was pushed back from Spring until September of last year – we heard all the way back in January that a PC roll-out was “imminent”. Given that we’re now in August and with no sign of that elusive Windows release – despite further speculation from a German retailer and Amazon itself in the past that the three-pronged release would then occur in June – the new info via Amazon.de is the best we have to go on at the moment.

Some GTA 5 players feared that their progress would be lost by upgrading to the improved variants, but Rockstar has already assured gamers that this won’t be the case, and that all of those hours spent shooting up, laundering and generally causing mayhem will be carried over. Then again, with the enhancements apparently taking the title to a whole new dimension, perhaps those who’ve even completed GTA 5 may wish to start all over again.

Whatever the case, we’ll keep you posted on any further news regarding Grand Theft Auto 5, so stay tuned!