As gamers continue to wait anxiously for the release of Grand Theft Auto 5 after it was delayed from Spring until September, Rockstar Games has sought to keep fans interested by releasing an image of the box art set to grace the cover of the title when it does finally release. Although the game itself should be head and shoulders above previous iterations in terms of visuals and aesthetics, the cover is every bit similar to the ones we’re used to seeing from the old PlayStation 2 days. As well as giving us a glimpse of the cover, the publisher / developer also released another batch of GTA V screenshots earlier as a reminder of just how pretty the title is going to be.

Once again, various elements of the game have been chopped up, cartoonized, and spread across the cover, which naturally, features the three main protagonists. Franklin is at the bottom holding his gun, Trevor is on the right-hand side in the middle, wielding a heavy duty weapon, and Michael is in the water. 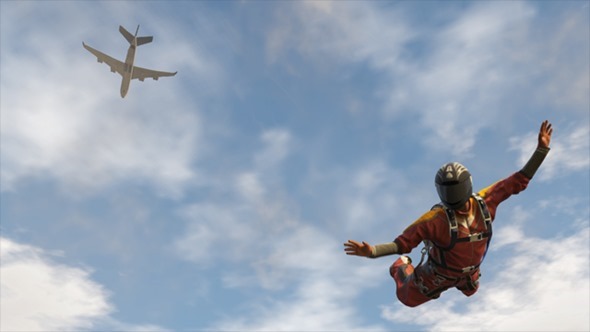 Grand Theft Auto games have always sought to include as much modern gadgetry as possible in their games, and the girl on the left-hand sides looks to be holding something most of us will instantly recognize. Unfortunately, it takes the form of an iPhone 4 / 4S, so by the time the game does make its way to market on September 17, she may well be two or even three generations out-of-date.

Fans of the popular, controversial franchise have been waiting for an incredible amount of time to get their hands on Grand Theft Auto 5, and although the lengthy delays did momentarily put a downer on proceedings, the continued flurry of screenshots since have reminded everybody while they were so interested in the first place. 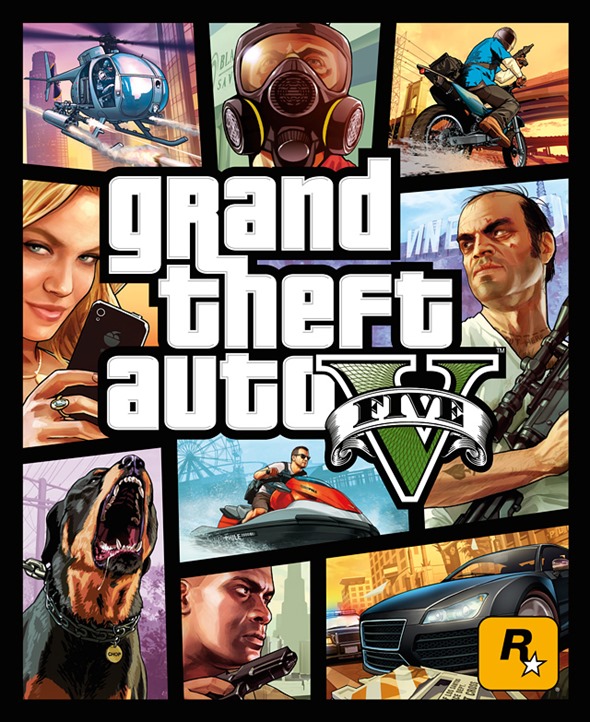 On the topic of screenshots, ten new ones were also released a few days back, and with still almost six months until the title arrives for Xbox 360, PC and PlayStation 3, you can bet your bottom dollar there’ll be plenty more where they came from.

As a fan of the series, I am pleased to see such a familiar cover, but what do you guys think? Please do share your thoughts via the usual mediums below!