Anyone who has ever played Grand Theft Auto will know that the game is packed to the rafters with a plethora of meticulously crafted vehicles, adrenaline fuelled missions and large-scale environments that are filled with surprises and insane amounts of peril. However, putting all of that aside, any frequent GTA gamer will have also spent a ridiculous amount of time driving around the city flicking through the multiple radio stations that are offered with each version of the game. If you don’t own the game, or want to experience the musical goodness of one of the world’s most popular gaming franchises, then the GTA Radio app for Android is something you need to own.

Available as a free of charge download on the Play Store, GTA Radio offers pretty much every radio station experience that has been offered throughout the major releases of Grand Theft Auto. If you really don’t have the energy to turn on your PlayStation 3 or Xbox 360 but want to listen to Lazlow belittle his guests, or listen to Flashback FM direct from Grand Theft Auto III then this little beauty of an app has you covered.

Rather than just covering the most popular of the gaming series, like Vice City or San Andreas, the developers have gone down the painstaking route of taking the radio stations from GTA III, GTA Vice City, GTA Liberty Stories, GTA Vice City Stories, GTA San Andreas and GTA IV to ensure that all fans of the franchise are covered. The user-interface of the app is easy to get the hang of and is themed exactly like you would expect a Grand Theft Auto related app to be with vivid colors and adorned with ladies. 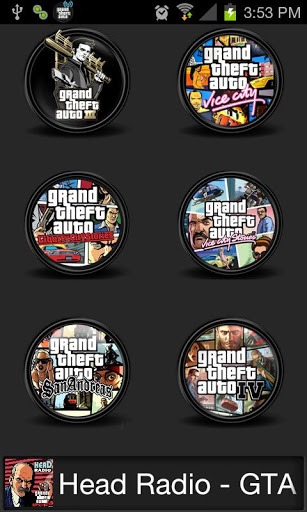 Buffering on the app is quick and doesn’t seem to offer too many issues, and it seems that the developers are already aware that a number of stations are missing from Grand Theft Auto IV and are working to rectify that situation. It’s rather unusual that no-one actually thought to build something like this in the past, but now that it’s here, let’s hope it goes from strength to strength. 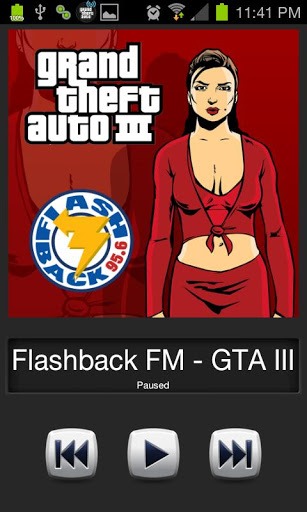 (Source: GTA Radio for Android on the Play Store)