Thus far, it has been a pretty winning formula. Devices created by Samsung, but running Google’s Android software, account for 40% of total Android smartphone sales, and have helped Android become the number one ecosystem in terms of reach. With this in mind, you may think Google would be happy that its key manufacturing ally is doing so well, but while the search giant is grateful its partner is shifting such vast quantities, the Mountain View-based outfit is also a little worried the Korean company’s dominance is getting a little too big, and wants other vendors to step up their games and offer some competition.

There’s little argument that Samsung has done a fantastic job in the mobile game. It has a very diverse range of handsets and tablets available, and its Galaxy S series is considered the ongoing flagship of Android. Not only that, but the Galaxy Note lineup is also rising to prominence, and the Android scene has been, for a long time, a race to catch up with Samsung.

The tablet industry is still quite finely poised, with Amazon’s Kindle range accounting for 22% to Samsung’s 28%, but the smartphone category is a different story. The 40% figure is significant enough in itself, but when one considers the two closest rivals – Asian companies Huawei and ZTE – account for only seven and six per cent respectively, it paints a bleak picture for competing manufacturers. Samsung shipped almost 200 million more Android smartphones last year than its closest rival, and with those kinds of numbers floating about, it’s little winder Google is getting nervy.

Google is using this year’s Mobile World Congress, held in Barcelona, in order to meet with executives of other companies in an attempt to establish some kind of balance on the Android platform. Pinning its hopes on the likes of  HP and HTC (which delivered the beautiful One device), Google is hoping said companies can provide legit competition and stem Samsung’s currently rampant domination. 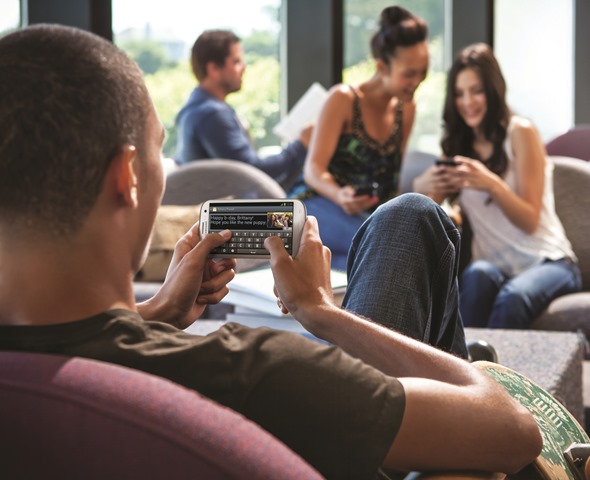 Google sees its acquisition of Motorola Mobility as something of an insurance policy against Samsung gaining too much power over Android, but right now, it’s hard to see any brand keeping abreast with Samsung; particularly with the Galaxy S IV now on the horizon.