Google TV 2.0 Beta ‘Fishtank’ In The Hands Of An (Un)lucky Few

Google has handed out around 50 of its Google TV boxes running a new beta build of an Android 3.1-based operating system to selected developers according to reports. 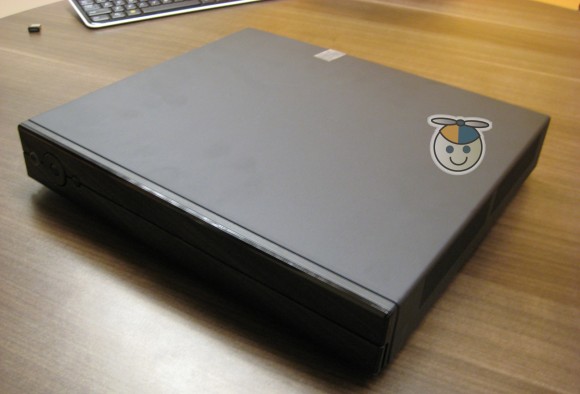 The update, labeled ‘Fishtank’ is being run on otherwise generic set-top-boxes according to Electronista.

The report makes mention of a new user interface complete with a clock app as well as a more desktop-like version of Google’s Chrome web browser.

The Google TV 2.0 private beta, which is said to be limited to just 50 developers, is built on Android 3.1 reworked for television presentation. The UI includes a Clock app, the Live TV feature, and a Chrome build that appears to be a closer match to the desktop utility rather than the smartphone browser.

Google TV launched last year to much fanfare, but ultimately the search giant’s foray into the living room has proved to be ill-fated. Buggy boxes, high prices and a geek factor that didn’t sit well with the average consumer all aided in making Google TV the laughing stock of the industry. 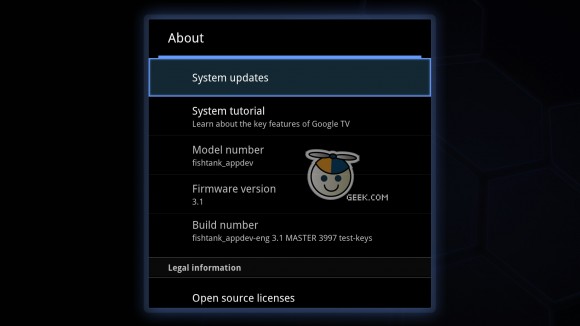 With reports of this new beta version of the Google TV’s software however, it seems we might not have seen the end of the Apple TV competitor just yet.

After the original Google TV offerings were met with lackluster sales, the search giant is believed to be making a significant reattempt to properly compete with alternative devices such as Apple TV. Recent reports suggest the endeavors will include new technology; the company recently acquired SageTV, an open-source home theater software maker that has experience with recording systems.

According to Geek, the most interesting new feature inside Google TV 2.0 is the new way Live TV works, with video now being broadcast behind the screen while users do something else.

We’re told Google communicates directly with the developers via a private Google Groups message board. This allows the Google team to field questions and allows the developers to help each other throughout the process. According to our source, one of the largest threads on this board is an ongoing argument between the developers and Google in regards to how the “Live TV” app works. Currently, Live TV functions in such a way that allows it to broadcast behind the home screen while you do something else. At this time, developers will not have access to the live TV feed while it’s not in direct focus.

While more competition in any space is always a good thing, we’re just not sure if Google can recover from the bloody nose it has already received thanks to Google TV.