How To: Watch Wimbledon Live On Your iPhone, iPod touch and iPad

Although we’d expect hardcore tennis fans to catch Wimbledon’s action in their TV lounge on a big screen in HD with surround, there is a way to watch the tournament’s proceedings on an iOS device.

We’ve already talked about the official Wimbledon app for iOS which received an update two days back. Today, we’ll let you know how to watch Wimbledon’s epic matches live on your iOS device.

There is no complicated set-up involved. All you really need to do is open up Safari on your iPhone, iPod touch or iPad and point it to Veetle.com. 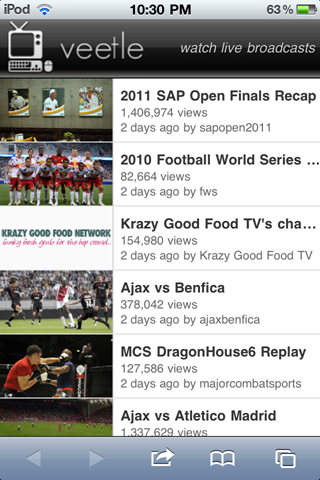 Once you’re there, you have the option to tune in to many different broadcasts. You must then navigate through the different channels (as seen in screenshot above) and tap on LIVE Wimbledon. Now let it load and then…

Congratulations! Pat yourself on the back, good sir! If there is a live match on, you can now watch Wimbledon on iPhone, iPod touch or iPad!

Veetle is a venture-backed digital media startup from Silicon Valley. They offer high quality live video streams which not only work on the desktop but also for certain mobile devices like the iPhone. 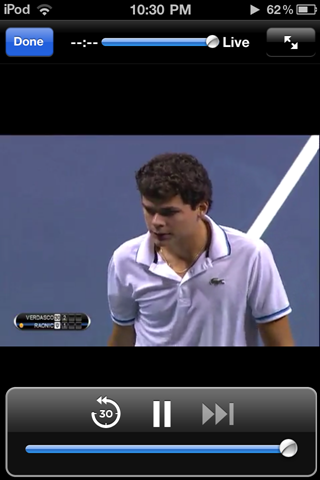 If live streaming isn’t your thing, we highly recommend the official Wimbledon app, which, comes with many other useful features like live scores, match schedule and on-demand video highlights.

“The Championships, Wimbledon” or simply “Wimbledon” is the world’s oldest tennis tournament which has been held near the All England Club in London for the past 134 years. It started in 1877 and is one of the four Grand Slam tennis tournaments besides the Australian, US and French Open. This year’s tournament started two days back on 20th June.

Thanks for the screenshots, @SalluHee!