If you had any doubt about the existence or the availability of Google Play Store gift cards, then the company themselves have dropped one of the biggest hints yet that their arrival is extremely imminent. We’ve been hearing about the gift cards for quite some time now, with various logs showing up in certain retail databases, but Google has updated one of their own support pages with extensive information about the cards and the balance of individual Play accounts.

Customers based in the United States have been able to get their hands on the Google branded gift cards since August of 2012, but that luxury is yet to be extended to the United Kingdom or other parts of Europe and the world. The official word from Google is that they have “nothing to formally announce yet“, but the updated support page actually lets the cat out of the bag by stating that Play Store cards are already available in the United Kingdom.

Readers are directed to a different webpage on the Google domain that has been designed to allow us to search for retail outlets that sell the cards. That site directs to a dead link at the moment, indicating that the updating of the support page to announce availability is more than a little premature. With that said, it does give us the clearest indication yet that the gift cards will be arriving on the UK shores very soon. 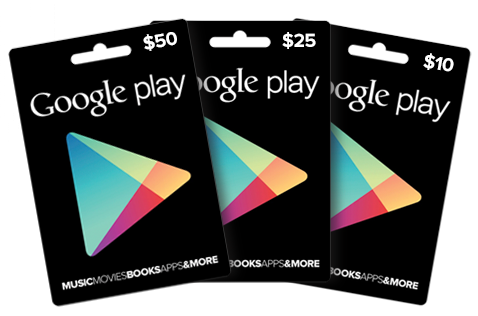 The information also suggests that the cards will be available in £10, £25 and £50 denominations when they actually do launch, with all funds from redeemed cards being added immediately to the relevant Google Play account balance. The available cards tie in nicely with the products that have been available in the United States for the last six months, although US based consumers also have the option of a $15 card as well as the $10, $25 and $50 options.

The additional information also informs users that the Play cards cannot be used to purchase any hardware based products from the Play Store, but will be able to be used to buy digital in-app content from apps that are based around the “freemium” model. It’ll be interesting to see if this slip from Google does mean that the cards will be available imminently for UK customers.