Google is offering half a dozen live recorded songs as free downloads to celebrate the recent BRIT Awards. You can get your hands on them right now by visiting the Google Play Store.

If you didn’t watch on television and only got your news from Twitter then you could be forgiven for thinking that the only thing to happen at the 2015 BRIT Awards was an old lady falling down some steps. Turns out there were some awards given out too, and in between those some people sang a bit.

Well. They ‘auto tuned’ a bit. 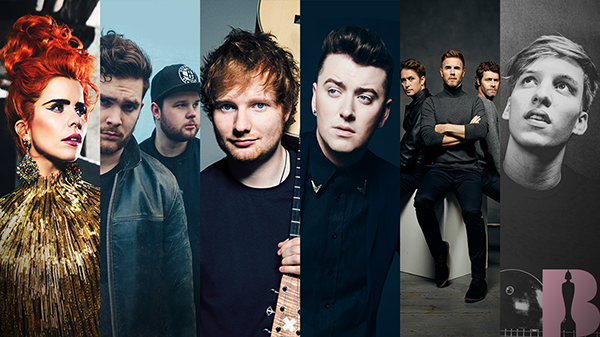 If that’s your bag and you like free stuff then you’re in luck, because until March 4th you can get 6 free live tracks from Google’s Play Store. Covering the biggest stars to put on performances at the awards, the tracks cost nothing until the fourth, at which point you will be expected to hand over cold hard cash for the privilege. And we use that term loosely.

The tracks on offer are:

All six tracks are recorded live so won’t be available on the usual albums. If you’re a fan of the artists involved then we can’t think of many good reasons to not partake, especially considering they’re all free. 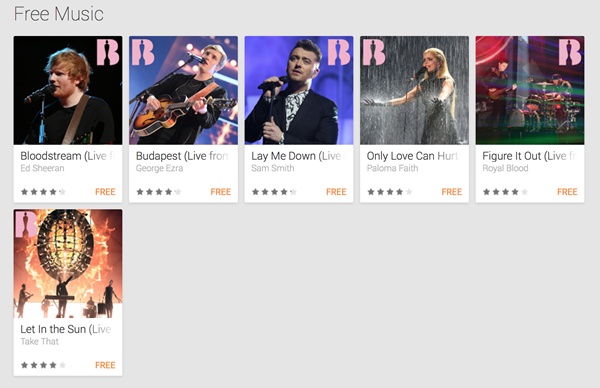 More importantly, Google Play will make a donation for every download to charities War Child and The BRIT Trust. That’s a good reason to download them right there.

Who doesn’t like free stuff, even if it does include Take That?

You can download all those free tracks from here.