The YouTube Ninja Unboxing videos have become a trademark of any new Nexus release, and the trend which started out all the way back in 2010 with the Nexus One has carried through to Google’s newest Nexus outlet, the Nexus 7 tablet.

Unboxing videos in general are a bittersweet affair for the majority, allowing the fortunate few to showcase the hardware everybody wants, but only they have, while the rest of us just sit there, salivating. 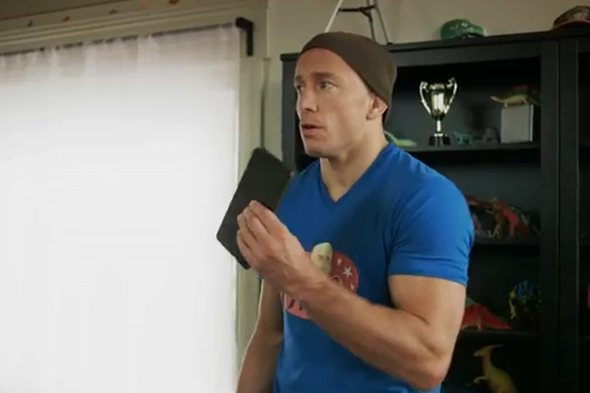 The ninjas have returned once again to present the Nexus 7, with a little role play and entertainment added in along the way. Featuring UFC Welterweight champion Georges St-Pierre starring as Dr. Paul, he puts himself in the shoes of millions by playing an Android enthusiast gearing up to unbox his prized gadget, only for the ninjas to burst into the scene, crashing the party.

As cool as it may be for ninjas to embark on one’s bedroom in superhero fashion, there’s a time and a place for such action, and as a gadget lover, I wouldn’t be too pleased to have my own unboxing of a brand-new device gatecrashed – by ninjas or otherwise. Still, Dr. Paul takes everything in his stride, and coolly dispatches his foes, the group sit down and enjoy more ninja-ness on Google’s latest tablet effort.

The room itself is littered with Google devices and references to its products, including a large jar of delicious jelly beans which Dr. Paul polishes off as he delivers a tray of coffee to his, guests. It’s an entertaining video, and although the choreography seemed to be the biggest distraction, I now find myself a little bit more inclined to consider the Nexus 7, so something must have worked.

Would have been nicer if Google had revealed a shipping date for the tablet at the end of the clip, but hey, we can’t have everything. Since being announced at I/O, it’s been one of the hottest topics in the technology spectrum thanks to its powerful hardware and cheap price point.

The news has also re-ignited rumor of Apple offering a cheaper device with a similar specification, and if Tim Cook’s company does attempt to counter the Nexus 7, we could have a very interesting battle on our hands indeed.