Google has finally launched the rumored YouTube Kids app for its younger audience, and the piece of software is currently available for both the Android and iOS platforms. Details and download links to follow right after the jump.

A few days back the app was leaked onto the Internet, and as such, it was widely believed that it would be headed to the Android platform only at launch, but those claims stand debunked now. With that confusion out of the way, the app comes in as a result of Google’s efforts of working with parents for some time now to introduce a new age appropriate YouTube app with an interface designed to suit the younger audience. 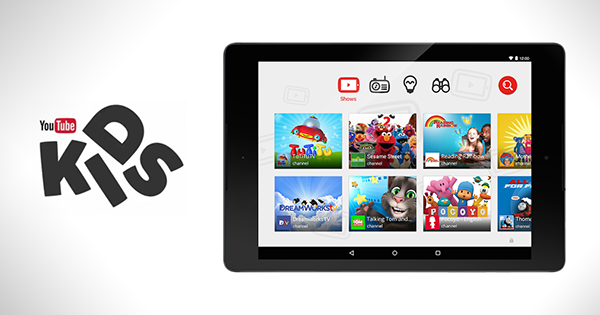 Quite naturally, this meant that all videos available would have been already sorted out for such an audience, so the chances of children running into content which could be inappropriate for their age have been totally eliminated. While the whole parental control approach is a load off the parents’ mind as it is, it is perhaps the genre of educational and do-it-yourself videos that best exemplifies how cool this app can be for your children. For example, searching for “what is the earth made of” would yield results that would be pretty scientific for a child to understand on the original YouTube app, but with the new YouTube Kids, your child will now see videos that would be more age-friendly and understandable. 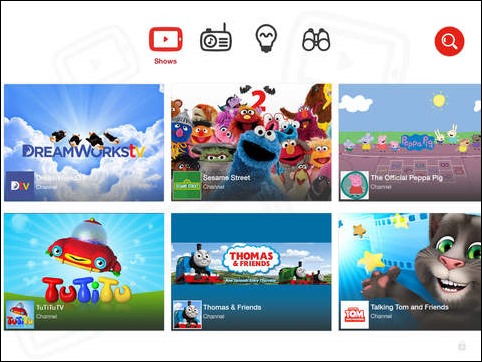 YouTube Kids carries no more than four channels and playlists right now: Music, Shows, Learning and Explore. Another area where Google can be commended on is the voice search feature in the app, allowing for kids that haven’t yet learned to spell or write, to search for videos by simply speaking what they want. Additional features include an array of parental controls as well, and while you definitely do not require any parental filters in this app, you may not want your kid to spend too much time on a tablet or a phone. 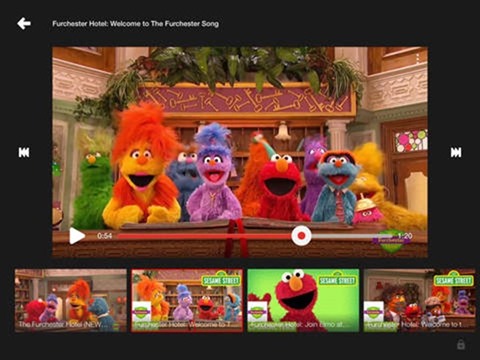 For such occasions, Google allows parents to limit their kid’s screen time via a timer, and a dedicated mute switch which turns off all music and sound effects in all videos in the app. Kids can be discouraged from searching for videos as well by simply disabling the search function, and given the app is new as it is, parents are able to provide feedback on the title itself, and the content being streamed.