Google may be head-to-head with Apple in both the mobile space and now that of wearables, but it has already made it clear that it will continue to produce apps for iOS, with even Google Now having a place to call home on the platform. Today Google also gave Apple the thumbs up by updating one of its apps to support the Apple Watch.

The first of Google’s apps to receive an update that brings Apple Watch support, the newly updated Google News & Weather app is available to download in the App Store and is, as always, free to consume. The app offers news from thousands of outlets worldwide while also bringing local weather to the app at the same time. Google News & Weather may not have been the app that sprung to mind when thinking about which apps would get an Apple Watch app first, but here it is. 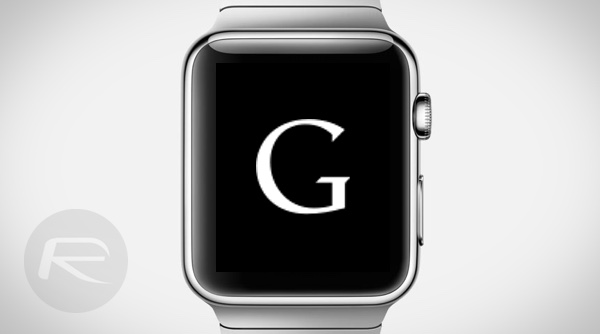 Unfortunately, it’s fair to say that it isn’t a looker. In fact, it looks downright bad when put beside some of the offerings from the likes of Dark Sky or Yahoo! and even Apple’s own first-party weather app is considerably easier on the eyes than this. Still, it’s a first attempt from a company that isn’t exactly known for its user interface chops so things may potentially improve with further updates.

Google has a host of apps available for both the iPhone and iPad, and we would much rather see Google Search – with Google Now included – or Google Maps on the Apple Watch, but this first foray into the world of Apple wearables is at least a sign that Google isn’t going to keep its apps for its own Android Wear platform.

Can we just have something a little more interesting next time please, Google?

(Download: Google News & Weather for iOS on the App Store)