Google News & Weather has just been handed a sizeable update, and among the usual array of bug fixes and performance enhancements, now includes support for iOS 8’s new Notification Center widget feature. Full details, as well as that download link, can be seen below.

Given that Google is the author of Android and all, the search giant is no stranger to the idea of a widget, and also, distinctly aware of how they can greatly enhance the overall software experience. Apple, it would seem, has only just received this memo, but fashionably late as ever, it appears that the support for iOS 8 extensions has been well received among the iPhone, iPad and iPod touch-using faithful. 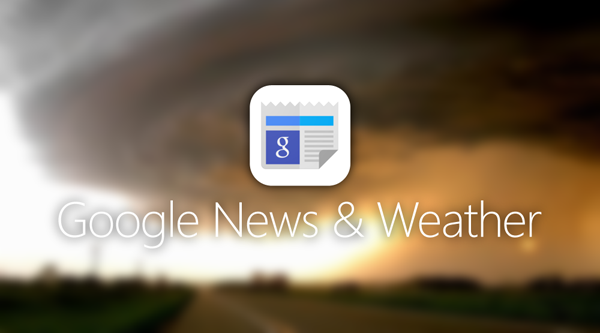 Fairly self-explanatory, Google News & Weather remains a popular third-party choice among iOS users looking to keep up with the latest goings on, and as well as allowing you to view relatively detailed news and weather info in-app, will also now provide a healthy dose of news updates from across the Web in the Notification Center.

With Google’s service able to aggregate from thousands of publications, you’ll be able to enjoy a varied selection of coverage on everything from politics and current affairs to sport and popular culture, and the addition of the new widget is simply the icing on the cake.

As ever with the vast majority of Google’s apps – even those gracing the rivaling iOS – everything is nicely presented, clean, and despite some typically-Google aesthetics, in-keeping with the rest of the OS as a whole.

Google News & Weather is both universal, so supportive of iPhone and iPad, and completely free of charge, and if you haven’t already, be sure to snap it up via the direct App Store link that we’ve provided below. 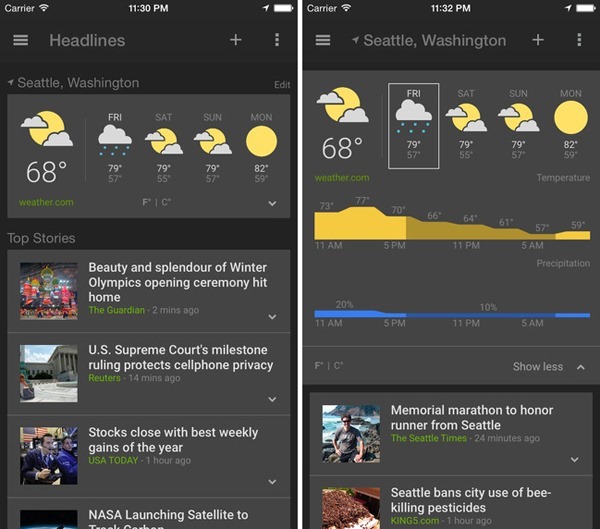 You’ll need to be running iOS 7 or higher in order to install it, mind, and obviously, using iOS 8.0 or newer if you want to take advantage of the extensions support.

(Download: Google News & Weather for iOS on the App Store)