The standout feature of the upcoming Windows 8 operating system from Microsoft has to be the sumptuous Metro user-interface, and with the Release Preview having arrived in the past few days, Google has added to the anticipation of end-user release by giving us a little preview of how its popular Chrome browser will look once it’s been Metro-fied.

It was back in March that the Big G confirmed it was working on Chrome for Windows 8, and with the OEM release now in sight, images are now surfacing over at the Google Chromium Blog depicting what we can expect when Chrome gets its Windows 8 update.

Before we reach for the confetti, this is no large-scale revamp, but many elements appear to have been lovingly tweaked to slot nicely in Microsoft’s forthcoming OS. If you can picture an amalgam of Chrome and Windows 8, well, that’s pretty much what you get, but nevertheless, it does look tidy.

The initial test releases will include charm widgets, and will integrate nicely with Snap View, while the next Developer channel release will offer Metro support for those rocking the Windows 8 Release Preview. The finished article, on the other hand, is quite a few months away, although with touchscreen support among the sleuth of prospective features, it does sound as though it will be worth the wait.

A standard part of using Windows over the past few years is, when running for the first time, to automatically sources a better alternative to Internet Explorer. We’ve all been there – looking for the likes of Chrome, Safari or Firefox to replace the ghastly offering from Microsoft. With that said, although Chrome has built up a solid legion of devotees, Microsoft can currently do no wrong from a software point of view, so it will be interesting to see just how many wish to discard Internet Explorer 10 in favor of the more popular surfing clients. 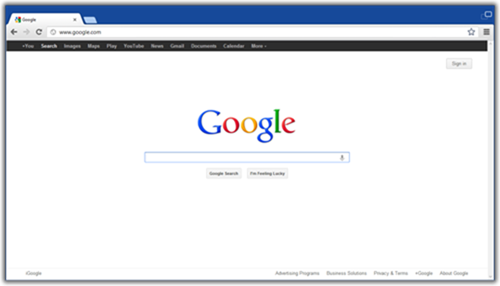 In light of these revelations from Google, will you be opting for Chrome as your Windows 8 browser of choice, or will you be keeping an open mind?

Please share your thoughts with us, as usual, via our Facebook or Google+ pages – we’d love to hear them!