It won’t exactly come as a shock to those involved in the world of Android wearable devices, but Google has today announced that Android Wear will be officially gaining cellular support. The impending addition of this level of functionality into Android Wear devices hasn’t exactly been classified as one of the best kept secrets in consumer technology history, but it’s taken until now for the Mountain View-based company to announce the improvement via the company’s official blog.

As Google points out in its blog post on the subject, existing Android Wear devices already allow the wearable to stay connected even when the phone isn’t in the immediate vicinity. This level of connectivity is achieved with Bluetooth and Wi-Fi support, but still requires the device to be in connected range of the smartphone. That existing level of functionality allows for phone calls (notifications only) and messages (notifications and the ability to respond) to be received on the wearable with very defined limitations. But now with the addition of cellular support, new Android Wear devices will be able to stay connected and receive those same notifications in a lot more places. 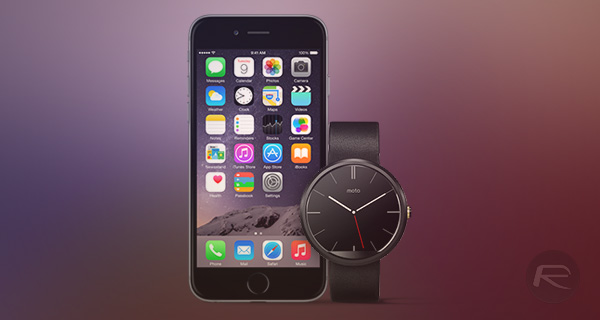 To be more clear, what this means is that if the watch is out of range of the device, and can’t connect via Bluetooth or an available and known Wi-Fi connection, then it will fall back onto a cellular connection as long as the phone in question is also connected to a cellular network. Google has outlined that the addition of the new functionality will allow users to continue to send and receive messages, track fitness activity as usual, get answers directly to questions asked of Google, and even run installed apps. There’s even the fact that users will be able to place telephone calls (finally!, Apple Watch has been doing this from day 1 of its release) over the cellular network. Without the phone being present.

To supplement the new feature addition, Google have also given users a little reveal that confirms what LG has already told the world about upcoming hardware. The first watch to officially support the new Android Wear cellular feature will be the LG Watch Urbane 2nd Edition LTE. The give away is really in the name in all honesty. Even though we already knew that Google would be introducing this feature it’s nice to actually finally have an official acknowledgement that those involved in the Android Wear world will be able to benefit very soon from this level of cellular support. The only disappointing thing about all this is that all existing Android Wear watches will not be able to make use of this new feature addition. You will need at least the upcoming LG Watch Urbane 2nd Edition LTE or any other upcoming Android Wear smartwatch to make use of this new feature.