If we can ask you to ignore this year’s WWDC for just a moment, and kindly request that you cast your minds back to last year’s event, you may remember that one of the least celebrated additions that iOS 7 was touted to bring was iBeacon. Technology that would allow iOS devices to essentially sense their surroundings, iBeacon has since been adopted by retail outlets and Major League Baseball alike.

The idea of a smartphone being able to receive targeted messages based on its location is an appealing one, especially if you’re in the advertising game, so it’s no surprise that Google is reportedly set to bring a similar technology to Android. 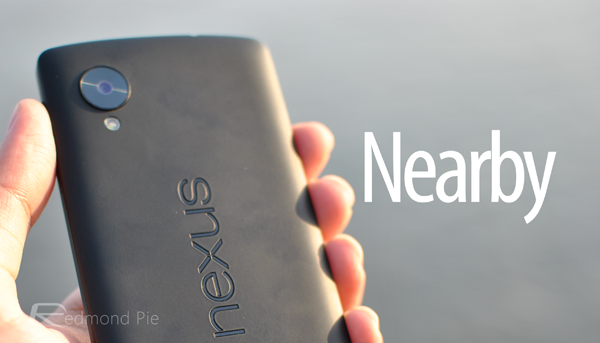 Leaked anonymously to the Android Police blog, Google’s as-yet unannounced ‘Nearby’ feature is believed to be on the verge of release, and with the WWDC-like Google I/O just around the corner, we wouldn’t be at all surprised to see Nearby arrive sooner rather than later.

According to leaked information about Nearby, the feature would act in a similar way to how iBeacons work on iOS. An Android-powered device would use an array of sensors, including its microphone, to know who and what it is in the vicinity of. The theory is that devices would know when they are near a given person, store or landmark and then push a notification to the user based on pre-set variables.

A simple use-case is that Google’s Nearby technology could be used to set person-specific reminders. Imagine being able to tell your phone to remind you to talk to Sue about that new project the next time you see her. Nearby could then sense when Sue’s phone is within a couple of meters and bam, your reminder is fired off. It’s a simple use case that is similar to existing geo-fencing systems, but rather than using GPS or Wi-Fi triangulation, Nearby could use another smartphone as the trigger. 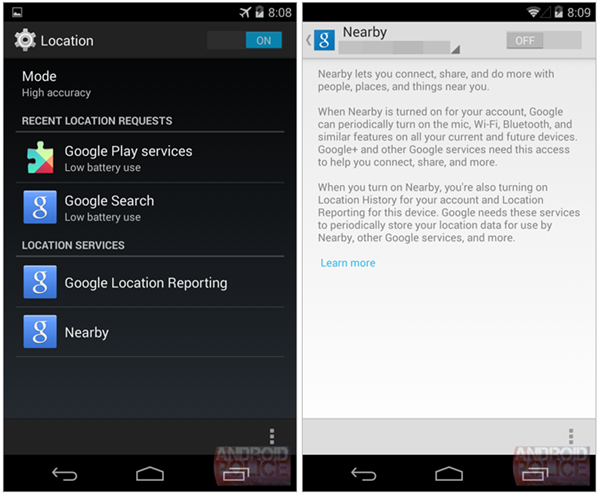 If Google does announce Nearby at the upcoming Google I/O event, we’d be interested to see if it takes any shots at Apple following the iPhone maker’s jibes at WWDC.

And of course, we will definitely report on the announcement and bring you all the news and updates that happen on Google I/O, so stay tuned.