There’s something rather exciting about unifying OS X and iOS, and whenever it is done well, it just feels so right. 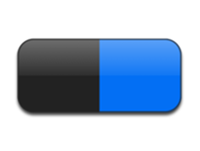 We’ve shown how you can enable iOS 5-Style Notifications on Mac using Growl, and although the tweak wasn’t what you would call the finished article, it certainly gave a pleasant insight into how Apple’s two prized operating systems may one day integrate.

Despite the many the gripes with iOS, the Copy/Paste function does work rather nicely, and with this in mind, Pilotmoon has developed a utility that emulates the experience on the Mac.

It’s called PopClip, and can be purchased over at the Mac App Store for five bucks. "That sounds expensive", I hear you say. For those in need of a little convincing, let’s take a closer look: 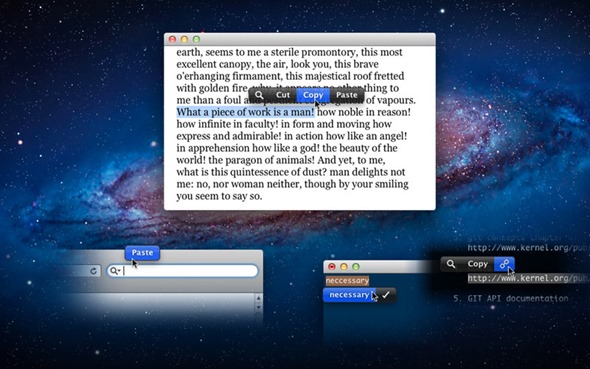 As you can see, it perfectly replicates the iOS version, and we’d go as far to say it looks better on the Mac than it does on iOS.

Eventually, you would think OS X and iOS will be recognized as one in the same. Although it’s unlikely they’ll ever be identical, we could see features being shared across the board.

In fact, it could be argued that we’re already seeing such patterns emerging throughout the technology sphere. Google has opted to make Ice Cream Sandwich an amalgamation of Gingerbread and Honeycomb in order to make app development not only easier, but of a higher standard. Microsoft’s Windows 8 devices will certainly be similar to the desktop experience, although we’ve become accustomed such methodology from the Redmond-based company.

Once you’ve downloaded and installed PopClip, you’ll see an icon in your menu bar, which provides a whole host of ways to customize the copy/pasting experience. Not only does it look the part, but the little action menu automatically appears as soon as you highlight text – functioning in the same manner as the iPhone, iPad and iPod touch version.

You may see that as rather intrusive, but it’s quite the opposite. It’s subtle, clean, and necessary – just like most of the features of iOS.