Get iOS Assistive Touch On Android With Different System Toggles, Can Be Accessed From Anywhere [VIDEO]

It’s always nice to see some great feature from one platform getting replicated on the other, even if it’s through a third-party app. Apple’s Assistive Touch implementation in iOS is a fantastic addition, allowing control of several areas of the operating system without the press of a button, invoked through an on-screen floating button that can pull up a host of options when pressed. A similar trend is catching very fast on Android as well, made even better through the public availability of StandOut libraries.

For the uninitiated, StandOut is a new concept for Android-based smartphones and tablets that allows a developer to “float” a certain app over all the others, ensuring that you have ready access to that particular one whenever you need. It’s basically the same concept that you’ll find in Paranoid Android’s Halo/Pie, but with more diversity in terms of options and available features. Building on the same concept comes “Floating Touch”, which uses StandOut libraries and combines the Assistive Touch from iOS into a great on-screen pie for Android full of customizable options. 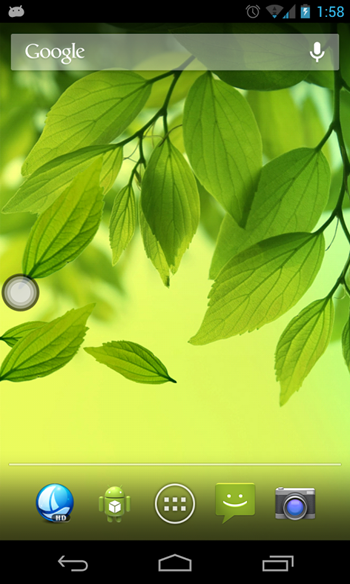 Basically, it’s a button that floats on your Android’s screen and over other apps, and lets you pull up a pie-shaped set of toggles and app shortcuts of your choosing. You can set up quick toggles, favorite apps, and a slew of other areas of your device without navigating through menus or exiting the app that you’re currently working in. What’s more, the pie itself can be customized a lot, changing the colors and the style and pretty much the whole layout. 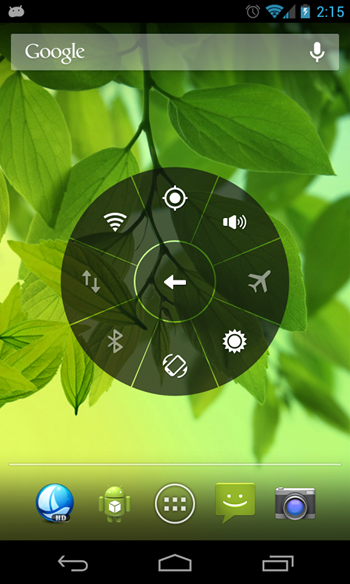 It’s worth noting that Floating Touch, if installed, cannot be uninstalled like any other app. The app requires device administrative permissions to function properly, and hence, if you opt for uninstall, that needs to be deactivated first. That also begets the question of how much can you trust an app such as this, since you’re giving full access rights to all your Android data to Floating Touch. Generally, the app has received favorable reviews, and should be safe, but hey, if you’re the cautious type, don’t say we didn’t warn you. 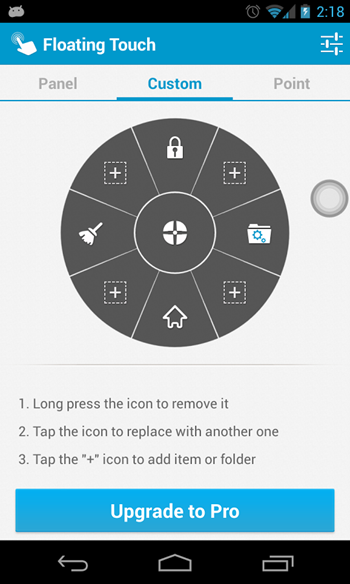 Floating Touch is available over at the Google Play Store for free, and requires Android 2.3 or above to work. Also, give Toucher for Android a shot, which also brings Assistive Touch to Android but lacks in some features, still, it gets a lot of work done.

(Download: Floating Touch for Android on the Play Store)