When it comes to cross-platform instant messaging, there are few able to compete with WhatsApp Messenger. Covering all of the major mobile operating systems, the only thing really missing from the repertoire is a Web app, but until that implementation arrives if ever, versions for iOS, Android, BlackBerry and others will do just nicely. Today, the iOS app has been given a reasonable update featuring iCloud chat history backup as well as support for sending multiple photos in a thread. Details after the jump.

As a long-time user of iOS and having, as such, become accustomed to iMessage, my switch to Android as a daily driver required a decent messenger as a matter of priority. Facebook Messenger and Chat Heads, which incorporates the native messaging app, has stood me in good stead, but without WhatsApp as a kicker, I wouldn’t have been able to keep in touch with half of my contacts. 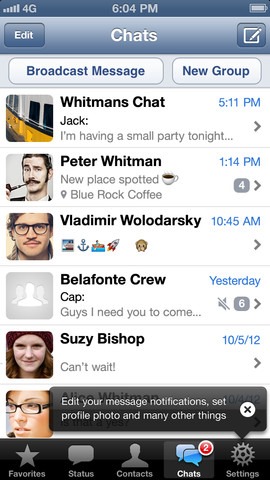 The app does have its inherent flaws, such as lack of any kind of ability to send full, high quality images, but I would think this has much to do with users unwittingly running up humungous carrier bills as anything else. Minor gripes aside, WhatsApp is a stellar service, and it’s little wonder consumers from all platforms swear by it. 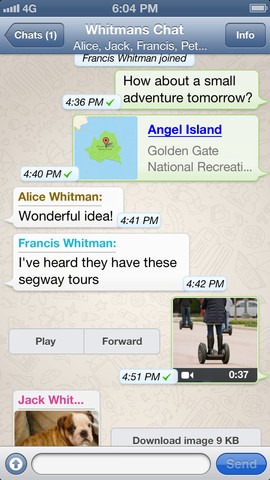 The latest update, which is only specific to those on iOS, brings in iCloud support for the backing up of conversations – pretty handy if you use iCloud for everything else. The feature has been a long time coming, and now, those looking to store conversations can do so indefinitely thanks to the power of Apple’s ridiculously efficient cloud service. 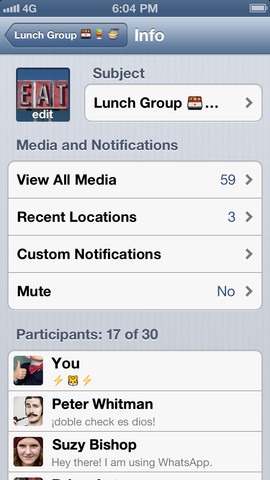 Allied to iCloud support, there’s also now the ability to send multiple photos to a contact at any one time, so if you’re busily pushing through a whole album of last night’s antics, you can spend less time selecting then sending, and more time nursing that mysterious headache.

WhatsApp is, completely free of charge from this update onwards, and you can grab it via the link below or apply the update through App Store on your iPhone.

Here’s to hoping that an iPad or iPod touch client makes its way to the App Store in the near future!