How To Get Faster, More Reliable Internet On iPhone Or Android Device

We live on our smartphones these days and that trend shows no sign of abating as phones get more and more powerful and full fledged computers are needed for fewer and fewer tasks.

As we come to rely on our smartphones more and more, it’s clear that we need them to be both more reliable, and indeed faster when it comes to handling Internet tasks. Strong Wi-Fi signals and speedy 4G LTE cellular connections are great, but there are still times where more speed, or perhaps just a more solid connection, is required. 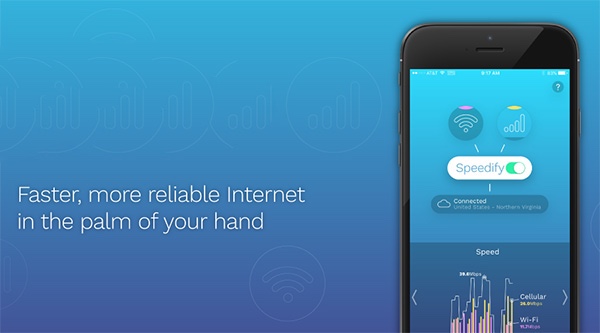 That’s exactly the time that Speedify comes into play. At its core, Speedify is an iPhone and Android app which makes it possible for users to take advantage of both their WiFi and cellular connections simultaneously, allowing for greater throughput than ever before for those times where data just cannot be downloaded fast enough.

Huge downloads such as games or operating system updates spring to mind here, and Speedify has the answers. Where Speedify has been improving however is its new redundant connection abilities, and they may arguably be even more impressive. Say you’re on a Wi-Fi call, be that via your carrier or a VoIP connection such as Viber or Skype. When you move around your home or place of work it’s possible that you will hop on and off of your Wi-Fi connection, or perhaps simply move between access points.

It’s at this point that the connection will drop and the call is likely to end; not with Speedify though. Thanks to its ability to make the initial connection via both Wi-Fi and cellular, should one fail, the other will always be there to pick up the slack and saving the day. It’s the closest thing to magic you’re likely to come across today, and we think it’s awesome. 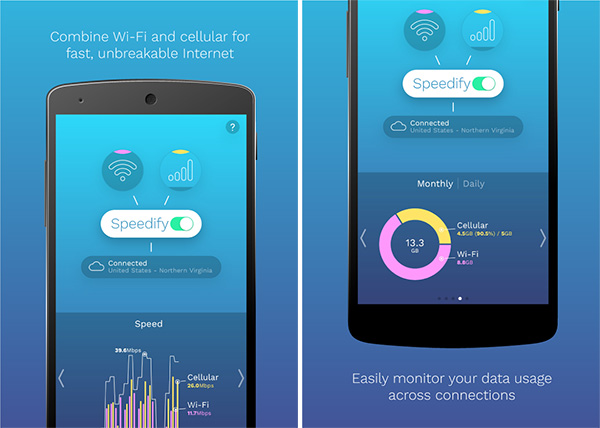 – A completely redesigned, beautiful user experience.
– Even faster speeds, with lower CPU usage and better battery life for mobile devices.
– Graphs for both real time, and historic usage.
– Full support for IPv6.
– Streamlined getting started experience. No need to create an account or anything like that to get going, no unnecessary permissions for the mobile app. You can be connected within 30 seconds of installing.
– A new mode for mobile users: Redundant Mode.

And here’s how the new Redundant Mode works:

When activated, your data is sent on both Wi-Fi and Cellular. So important VoIP calls, and live video streaming events don’t get interrupted, no matter what.

You can download the Speedify app right now from the Apple’s App Store or Google’s Play Store.