The native Finder application is undeniably one of the most useful and widely used app which ships with Apple’s OS X platform. Finder provides access to almost anything, allowing files, folders and connected drives to be viewed and interacted with relative ease. With that said, given how useful Finder is, it’s also extremely infuriating with its Apple imposed limitation, which given the maturity of the app, seems to suggest complacency within Apple. For those Mac lovers out there who want something a little more powerful, allow us to introduce you to Commander One.

It’s hard to argue against the fact that Apple has attempted to make changes to Finder to make it more useful and less frustrating to end-users. The introduction of tags allows files to be indexed and located a lot quicker. The inclusion of Finder tabs in OS X Mavericks (10.9) also introduced an elementary method of having multiple panes open in the same Finder instance. That doesn’t seem to be enough for a lot of users, with some still finding it increasingly difficult and cumbersome to execute even the simplest task within Finder, such as moving files from one window to another. 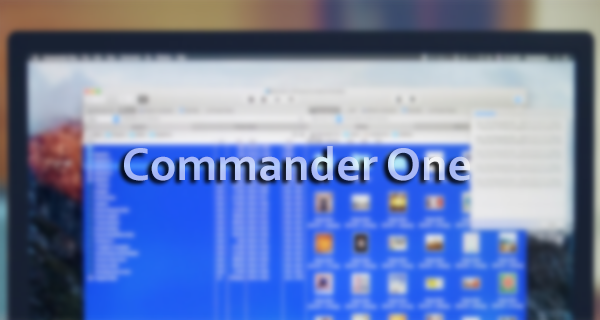 This is where Commander One steps into the fold and really shines. The app bills itself as a “free dual pane file manager for Mac” and a Finder “alternative” rather than a “Finder replacement”, but let’s make no bones about it, that’s exactly what it is. Once you’ve experienced the feature set and functionality of Commander One, it is difficult to continue running with the limitations that exist within Apple’s native solution. The primary appeal of this Mac app is of course the fact that windows can be easily displayed side-by-side showing multiple folders or drives. But that’s just the start. 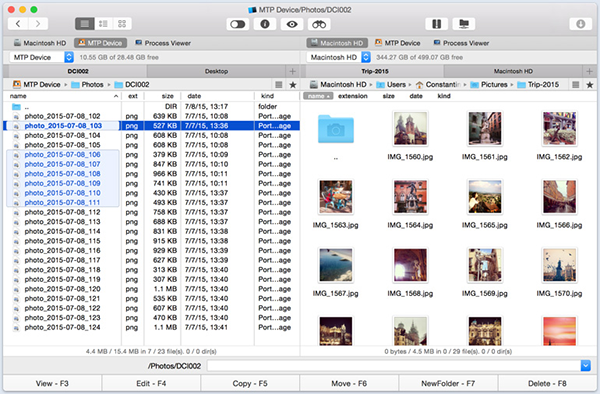 The ability to have dual panes also comes with the added support for three different view modes and unlimited tabs. All fonts and colors are customizable to suit users’ individual tastes, and the ability to rename files during a copying process is a nice little touch. Commander One is entirely free-of-charge to get up and running with but requires OS X 10.9 Mavericks or higher to be running on your Mac. The developer also offer a Pro Pack upgrade for $29.95, which introduces features such as mounting a Dropbox account as a drive, sharing Dropbox links, individual themes, being able to access a Terminal Emulator, and more.

(Source: Commander One for Mac)