It’s not very often that you see anything with an Apple logo receive a good discount, but Amazon appears to be treating the return of Apple to its marketplace as a way to rectify that. We already told you about a deal that can see you get $50 off a new iPad Pro, and we’re going to follow that up with a similar deal for the 9.7-inch iPad.

There may be a lot of fuss about the iPad Pro right now, but the 9.7-inch iPad is a great machine. It’s relatively inexpensive, and with support for the Apple Pencil built into this newest version, there are even some iPad Pro-level features trickling down to the low end. 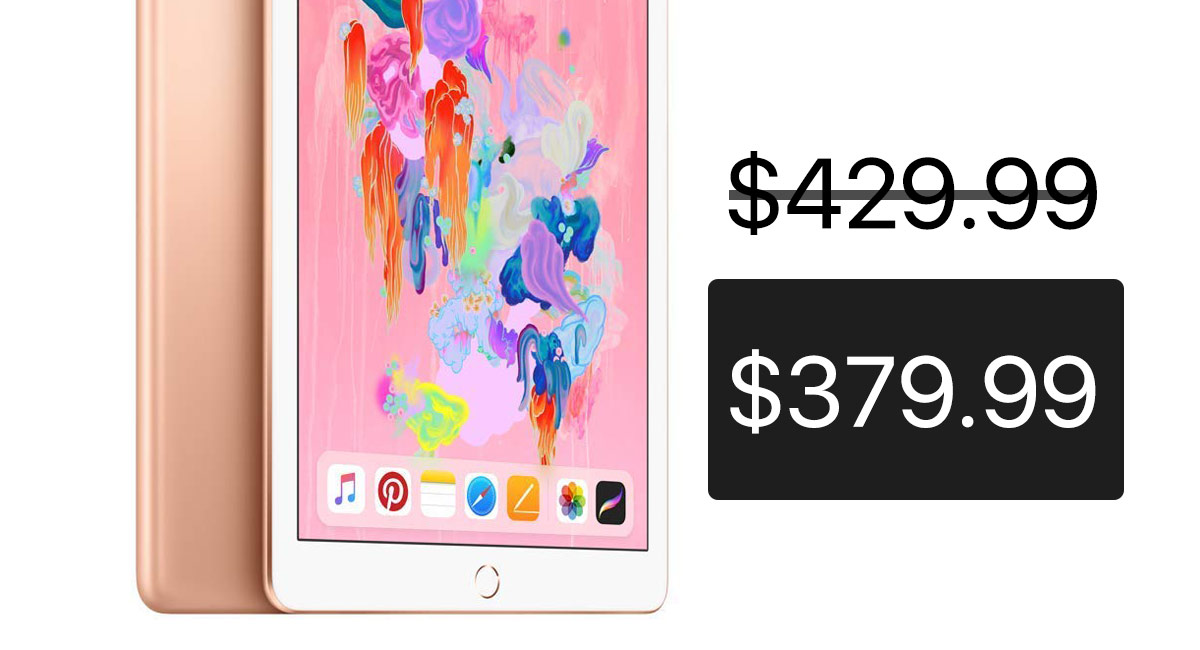 Normally, you’d be able to pick the 128GB iPad up for $429, but right now, it can be yours for just $379.99. As we just said, this is the 128GB version, which is a huge improvement on the standard 32GB model that, in all honesty, nobody should really buy. With just 32GB with which to play, it wouldn’t take too many apps and games before you wish you’d gotten something with a little more breathing room.

Unfortunately, this deal is only good for the Gold version of the iPad, which is a shame unless you’re a fan of that particular shade. I’m a big fan of Space Gray everything, but I know that there are plenty of people who enjoy something a little more interesting to look at. The gold certainly falls into that category. Hurry, though, as we don’t know how long stock will last or even when the deal will come to an end.