Gameloft To Finally Bring An Unreal Engine Powered Title To Android, But What Is It? [IMAGE]

Gameloft, arguably the foremost creator of premier mobile titles, could be about to bring its fist Android game powered by Epic’s Unreal Engine, although there is no information available with regards to what the title might be. A teaser image has been released via Gameloft’s Facebook page, and although the blogosphere seems, for obvious reasons, the title will be of the Android variety, the company is yet to confirm this.

Still, it’s certainly exciting news for those who enjoy cutting-edge titles, and when one looks at the likes of Infinity Blade for iOS (also powered by Unreal Engine), it’s clear to see how much better a game can be when Epic infiltrates the development stage. Although I’m not a fan of Infinity Blade or Infinity Blade II per se, I still find both of them pretty awe-inspiring to play, and they are prime examples of how incredibly strong mobile gaming as come along in the past couple of years. 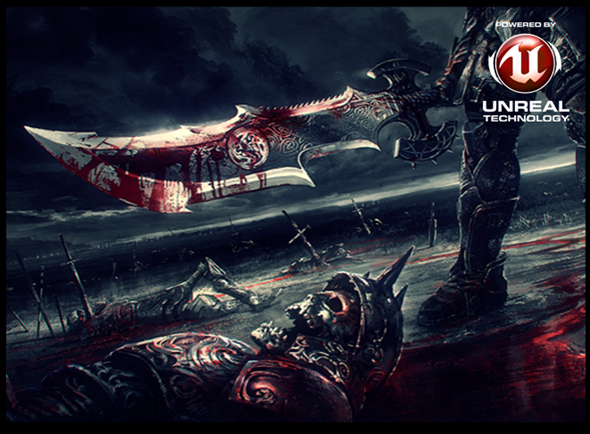 The teaser image itself doesn’t really give us a great deal to go on, but one thing is for sure – the title will be one to yield extreme interest from those partial to gaming on an Android device. Aside from a bloody sword and a skull, there’s precious little else in terms of giveaway signs, but those interested can now place a vote for what the next hint will be. The choices include another image or a teaser trailer, and I’m pretty sure those keen to discover what Gameloft has up its sleeve will opt for the latter.

Android is certainly left out in the cold when it comes to games available, with developers opting to create titles for iOS as a matter of priority. Once a game (or indeed, an app) has proved its worth on Apple’s ecosystem, it is often then that devs decide to create a port for Google’s market-leading mobile operating system.

We’ll be sure to keep you guys updated with regards to any further insight or leaks of the secretive title, and in the meantime, would you like another teaser image, or a proper trailer? Cast your votes now over at the Gameloft official fan page.