Samsung has only just walked off the stage in New York, but the Galaxy S4 is set to be old news already, especially if you’re shopping on a budget or would prefer something smaller than a small ship. The Galaxy S4 Mini is on the horizon, and it’s just been leaked online. Check out the details after the jump.

Samsung’s flagship, and the expectedly expensive Galaxy S4 was announced just a few days ago and is still very much the talk of the town, but not everyone will want to splash quite so much on a smartphone, and Samsung knows that. Enter the baby Galaxy S4, or the Mini if we’re being all formal.

Expected to ship around June time, the Galaxy S4 Mini is the updated version of last year’s S III Mini and looks just like a shrunken down Galaxy S4 if the leaked photos  which you’re going to drool on are anything to go by. Of course, the cynical out there may suggest that means it looks like an S III, too, but we’ll let you decide on that. 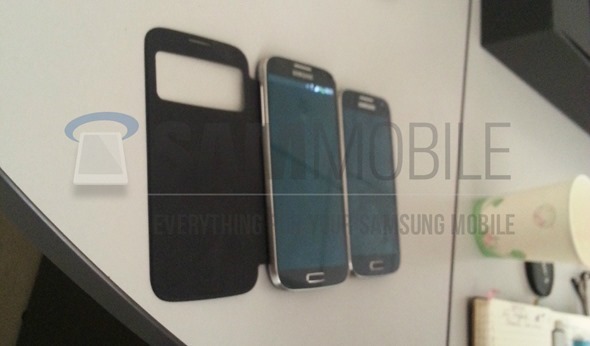 The S4 Mini isn’t just a smaller Galaxy S4, though. Inside, you’ll find altogether lower quality components, which helps Samsung keep the manufacturing costs down and in turn, makes the device more of a budget option than the high end, presumably high priced Galaxy S4. 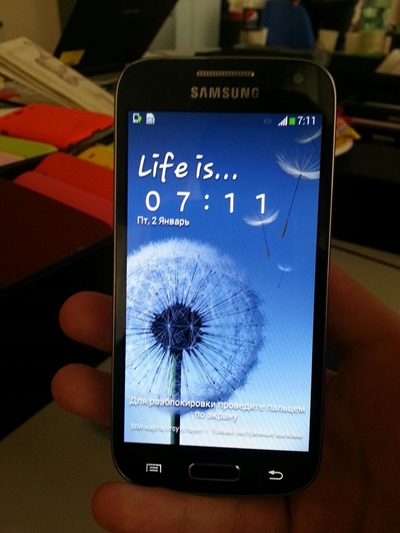 So what exactly is inside this thing? According to the new leak, we can expect a dual-core CPU clocked at 1.6GHz, though we don’t yet know what model that will be. The display will be a 256ppi affair, weighing in at 4.3-inches and of the AMOLED qHD variety. While not as large as its big brother, it’s certainly not exactly small, either. And to top it off, it runs Android 4.2.2, impressive indeed. 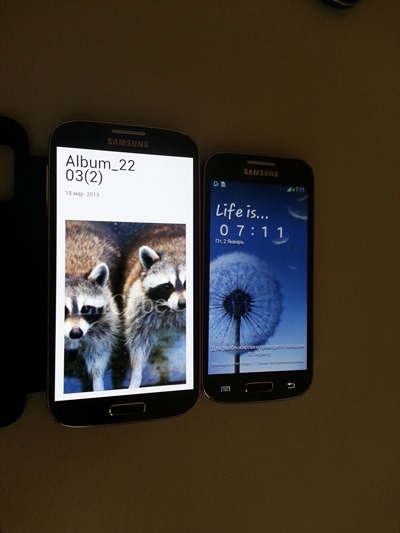 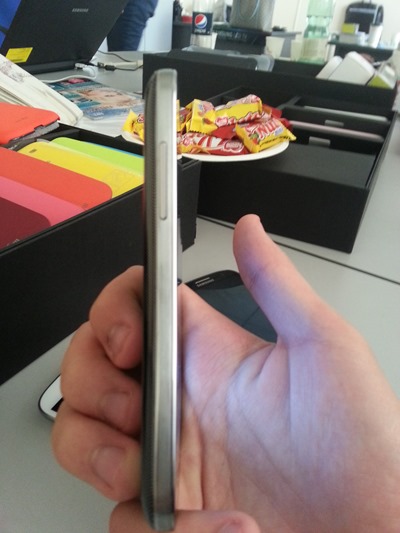 We’re also hearing that the Galaxy S4 Mini will sport a dual-SIM slot, which was also the rumor doing the rounds before the Galaxy S4 was announced. If you’re the kind of person that needs it, dual-SIM support is a real win. If not, well, you just won’t care! 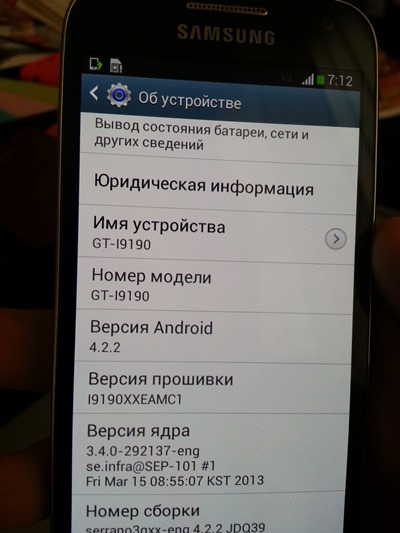 Samsung’s Galaxy S4 Mini is sure to be popular amongst carriers who wish to offer a Galaxy-branded device for free on a low-cost contract, and as a result will no doubt sell reasonably well. There’s no doubt however that it’s the bigger, badder Galaxy S4 that’s the real jewel in Samsung’s smartphone crown.