On Monday, Sony’s vice-president announced that the Galaxy Note 8.0 would be formally announced at this year’s Mobile World Congress at the end of February. Excitement has clearly gone around the company, enough for an alleged picture of the new device, as well as its hardware specifications, to leak online via a Twitter account of Spanish language classifieds website which has not hesitated to spread the word and win its fair share of publicity.

The leaked image features a sharp-looking mini-tablet running Android, with it taking full advantage of the larger-than-usual screen. The hardware specifications are quite great as well: 2GB of RAM, 16 or 32GB of storage, a microSD card (supporting up to 32GB) and a 1.6GHz quad-core processor. There is a 5-megapixel camera on the back and a 1.3-megapixel camera on the front, which likely won’t replace your main digital camera, but is still good for your everyday mobile picture taking needs. It features a great host of external connections as well, from USB 2.0 to 802.11 a/b/g/n Wi-Fi, Bluetooth 4.0 and A-GPS.

Samsung’s main focus is on the immensely popular Galaxy S III, and its successor, the Galaxy S IV, which the company hopes will continue to snatch market share away from its main competitor, the Apple iPhone. While enthusiasts anxiously awaiting the release of the Galaxy S IV, there is no doubt that Samsung is still very much trying to take a bite in the market of the so well-known tablet/smartphone hybrids, known as “phablets”. With the moderate success with the Galaxy Note 10.1, following the relative failure of the Galaxy Tab, the Korean company has shown interest in introducing a smaller device: cheaper and easier to carry around. 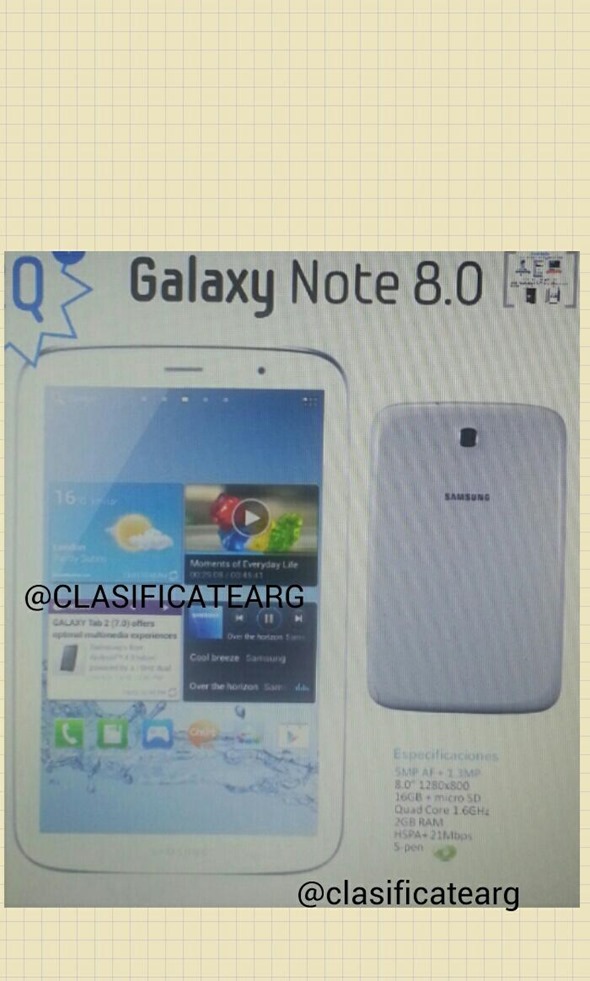 Between now and February 28th, there will surely be more information available, even before the official announcement; we will definitely keep you in the loop on the unofficial leaks that will surely come around. It remains to be seen how many avid enthusiasts will show up to the stores once the product finally launches, but judging by the initial response of the Galaxy Note 10.1, we expect to see a decent turnout that will keep Samsung aiming for first place in the mobile market.